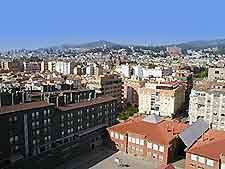 In recent years, Granada has increased greatly in popular and offers a huge selection of hotels and accommodation options, for most budgets. It is understandable to appreciate why so many people choose to visit Granada each year, staying in a range of hotels, guest houses, bed and breakfasts, hostels and even camping sites, on the city's scenic outskirts.

Many of the most popular hotels in Granada can be found in the city centre and close to the Alhambra, the city's premier tourist attraction. One of Granada's most exclusive hotels, the San Francisco Parador is actually situated inside the Alhambra and offers a high standard of luxury accommodation. 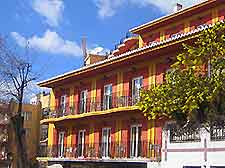 Other popular hotels can be found along the Calle Molinos, a quiet area close to the Alhambra, near to both the Cathedral and Royal Chapel and alongside the River Genil. A number of hotels are located in the heart of the business district, nearby the Conference and Exhibition Centre (Palacio de Exposiciones y Congresos de Granada), which hosts many major events each year. 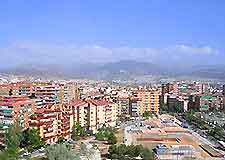 Many reasonably priced hotels are also located near to Granada University, which is home to around 60,000 students each year. A number of self-catering apartments are located in Granada and can be rented for weekly periods. Family run guest houses and bed and breakfast are a popular alternative method of accommodation, often provide the best value for money and tasty home-cooked food. Several hotels are also situated close to Granada Airport (GRX), which stands around 11 miles / 17 km from the city centre.

Hotels are busy throughout the Spanish calendar and the best hotels and accommodation options soon become fully booked, especially during Easter, which there are many colourful parades and celebrations around the city. The summer months are also a busy time in Granada, when the sunny weather attracts many tourists and the hotels are at their busiest.