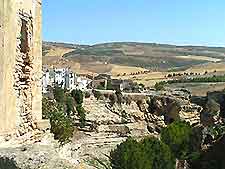 Granada is a historic city, full of Renaissance and Mudejar-style architecture and plenty of notable landmarks. With a rich 10th-century Arab heritage, a beautiful cathedral and many outstanding palaces, Granada's main landmarks include the ancient remains of the Albayzin Walls, which once surrounded much of Granada many years ago.

Other impressive landmarks in the Granada area include the Mexuar Palace (Palacio del Mexuar), many of the buildings making up the enormous campus of Granada University (Universidad de Granada), and the Mirador de San Nicolas, a popular vantage point known for its exceptional views of the area. 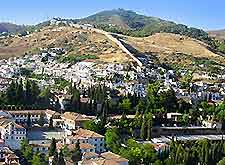 Address: Real de la Alhambra, Granada, 18009, Andalucia, Spain
Tel: +34 902 22 4460
Mexuar Palace, in the Alhambra area of Granada, is an ancient building, where the city's sultan once conducted much of his business. The interior of the palace is particularly lavish, with many colourful rooms, features and antiques.
Open hours: daily - 08:30 to 18:00, 22:00 to 23:30; seasonal variations
Admission: free 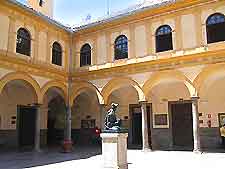 Address: Granada, Andalucia, Spain
Tel: +34 958 24 3000
Comprising a number of historic colleges and faculties, together with around 60,000 students and more than 100 different departments, the Granada University complex is vast. One of the main landmarks at Granada University is the 16th-century Universidad Literaria, which is the Law faculty and offers striking Baroque-style architecture with grand columns, a cloister area, a theatre and an outdoor patio.
Open hours: Monday to Friday - 08:00 to 20:00
Admission: free