Getting Around, Frankfurt Travel, Transport and Car Rental 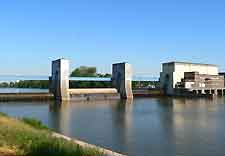 Frankfurt is a highly accessible city with a variety of transportation available for those travelling either from foreign countries or from other cities within Germany.

The Frankfurt Airport (FRA) is the chief travel gateway to the city and the means by which the majority of long distance visitors arrive.

Within Frankfurt itself you will be able to use public bus transport, trains and taxis to travel around both the city and the surrounding areas. 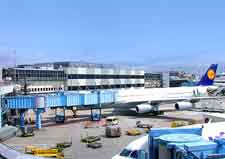 Address: Querspange Kelsterbach (B40), D-60547, Frankfurt, Germany, DE
Tel: +49 1805 372 4636
Frankfurt am Main Airport is a busy yet highly efficient facility that maintains connections with a large number of international destinations and all major domestic cities. The airport operates two terminals, both of which are equipped with all modern passenger services and amenities, including banks and bureau de change, shops and restaurants.

Transport between the airport and the city of Frankfurt itself is facilitated by the S-Bahn rail system, which provides speedy and frequent connections. Bus transport is also available from a bus station at Terminal 1, while taxis can be found outside the arrivals areas of both terminals and offer perhaps the most convenient way to travel to your destination.

Address: Flugplatzstrasse, Gebaude 667, Lautzenhausen, D-55483, Frankfurt, Germany
Tel: +49 65 4350 9200
Frankfurt Hahn Airport resides close to the border with Luxembourg, being roughly one hour and 30 minutes to two hours west of Frankfurt itself. The facility is located part-way between Kirchberg and Morbach, where it is well connected by road. Those flying here will be able to catch frequent buses into the city, which operate on an hourly basis, while taxis are also to hand. However, although taxis may well be convenient, the lengthy journey is certainly not what you could call cheap, that is unless you are able to share the cost with other travellers.

Rent a car and you will not only have the freedom to come and go as you please, but you will also extend your options for day trips and general travel within the Hesse area. Neighbouring areas can be reached via a large selection of autobahn connections, including the A1, A3, A5, A66, A67, A661 and A45. Frankfurt has car rental transport offices both at the airport and in the city centre.

Travelling from other European countries, it is possible to reach Frankfurt using the Eurolines bus service, with coaches providing travel all the way from London, as well as other major EU cities.

If you are already in the country, then you will find German bus transport and coach services from major cities, such as Berlin, Hamburg, Munich, Cologne and Dusseldorf. 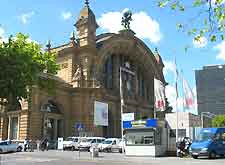 Train connections are available from all major German cities and from neighbouring countries also.

In the latter case, reliable services regularly travel to Frankfurt from prominent cities within France, the Netherlands, Austria and Switzerland.

Overnight services are also available, as is regional transportation.

Taxis are available throughout the city and operate on metered fare systems. This popular form of local transport can be hailed from the side of the road, hired from stands or booked by telephone. At the airport, visitors will find taxi stands located outside the arrivals areas of both terminals.