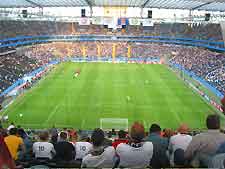 Frankfurt has a varied calendar of events and festivals, some of which are celebrated by the whole country and others, which are exclusive to the city. Plan a trip to coincide with either the spring or autumn festivals and you will get to appreciate a jovial, light-hearted atmosphere in and around the city of Frankfurt.

Popular things to see and do in Frankfurt include the lively Fasching, celebrated throughout Germany in February and the Frankfurt Christmas Fair during late November / December, which attracts huge crowds to the city. There are a number of magazines available at all newsagents, including the Journal Frankfurt, together with Fritz, Strandgut and Prinz, which are listings magazines on all forthcoming events in Frankfurt.