Located within Germany's south-eastern state of Hesse, Frankfurt is the region's biggest city and home to a population of around 650,000 inhabitants. Outside of the city proper, many surrounding towns and villages combine to make up an Urban Frankfurt region, which has a total population of almost 1.5 million.

Even larger still is the Frankfurt Rhine Main Area, where the overall population tops a staggering five million people, making it the second-biggest metropolitan region of its kind in the whole of Germany. This area is often referred to as the Rhine Main Area, or simply Greater Frankfurt, and also incorporates the neighbouring cities of Darmstadt, Mainz, Offenbach and Wiesbaden.

Outside of the city, a number of outstanding attractions are to be found within many surrounding towns, cities and other destinations, the closest of which are shown below. 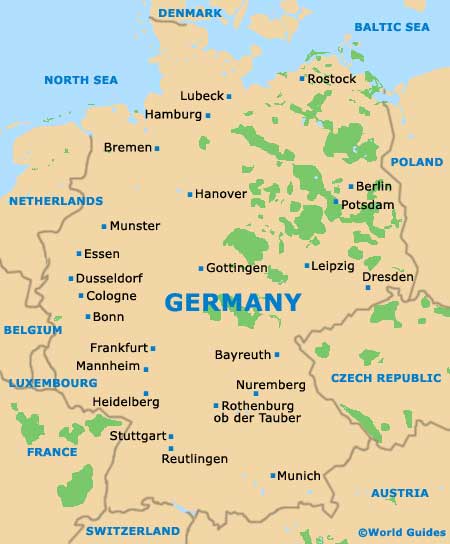 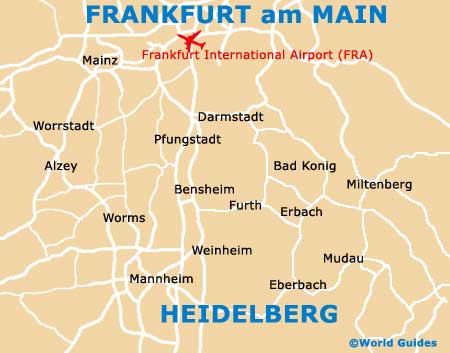 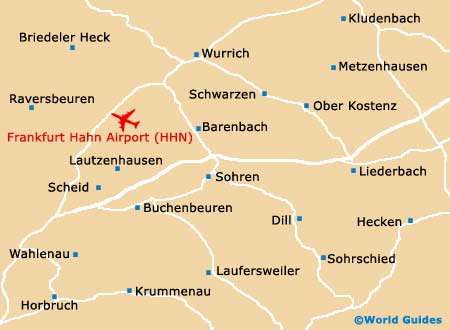