Getting Around, Munich Travel, Transport and Car Rental 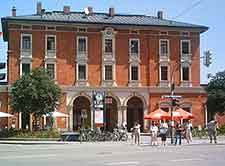 The transport network in Munich is known as the 'Münchner Verkehrs Verein' (Munich Transport Union) and often abbreviated to simply MVV. Travel in Munich is generally easy and affordable, with the city being divided into four main transport zones. In general, most places of interest lie within the inner zone (Inneraum), which is shown as a blue line on city maps.

Munich offers various discount travel passes, which allow you to use a mixture of bus, tram and underground train transport. Discount travel passes include the Bayern-Ticket (valid for up to five people), the Isarcard (a weekly pass covering all four zones), and various day passes, which are usually valid within the inner zone. Munich's public transport in explained below. 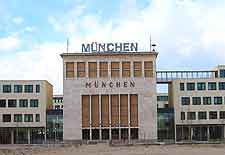 Address: Nordallee 25, D-85356 Munich, Bavaria, Germany
Tel: +49 899 7500
Munich International Airport (MUC), otherwise known as the Franz Josef Strauss International Airport, is one of Germany's biggest and most important transport hubs, serving approximately 38 million passengers every year. Located around 27 km / 17 miles north-east of the city, Munich Airport allows you to travel directly to major cities around the world, such as London, Paris, New York and even Sydney. Ground transport is good, with buses and car hire being especially popular. 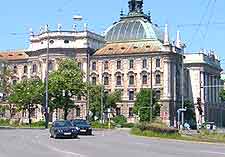 Whilst travellers often hire cars at Munich Airport, travel around the city centre can be difficult. Many of the streets here are restricted to pedestrians only and parking can be difficult to say the last, unless you choose a hotel with its own car park. However, for travelling outside of central Munich, the convenience of car rental is hard to beat. 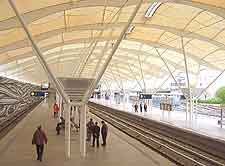 Various buses are available around Munich, with both city buses and long-distance bus transport. City buses are operated by München Verkehrs Gesellschaft (MVG), while for those wishing to travel further afield, the main bus companies include Busabout, Europabus and BEX BerlinLinienBus. These long-distance buses link German cities such as Berlin, Leipzig and Nuremberg, and even some locations in France, Italy and the Netherlands, and depart from the train station.

For many tourists visiting Munich, the best way to travel around is without a doubt one of the trams, often referred to as streetcars. These modern, blue and white trams are powered by overhead electric cables and stop at various points all around the city centre and beyond. 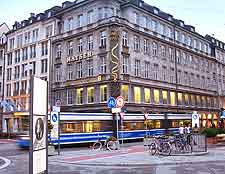 Two main transport networks operate within Munich. The S-Bahn system is the main commuter train transport and features eight main numbered lines, with the Hauptbahnhof (Main Train Station) sited right in the heart of the city. The U-Bahn system is especially popular and comprises underground metro trains, which offer an extremely fast and cheap way to travel around the city. Valid on both S-Bahn and U-Bahn train transport, strip-cards of tickets (Streifenkarte) offer good discounts.

Taxi transport in Munich is fairly expensive and in general, it is often just as convenient to travel on the city's buses. You can order taxis by telephone, or simply use one of the taxi ranks, which are clearly shown on all good tourist maps of the city.