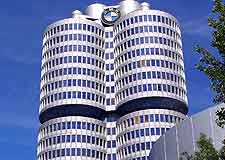 Munich is almost bursting at the seams with museums and cultural attractions. Museum highlights in Munich range from German history and local treasures, to theatrical memorabilia and toys from yesteryear.

If you are lucky enough to be staying in the city of Munich during the latter part of October, lookout for the Long Night at the Museum, better known as the 'Lange Nacht der Museen', where many museums remain open all night long and host exciting and fun events. The celebrations and festivities at Munich's Long Night at the Museum always draw large crowds and you can be guaranteed a memorable experience. 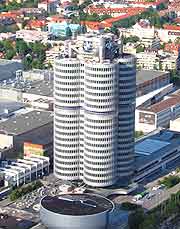 Address: Petuelring 130, Milbertshofen, Munich, D-80807, Germany, DE
Tel: +49 089 3822 3307
The BMW Museum lies on the outskirts of central Munich and stands alongside the imposing BMW Tower. Founded some 50 years ago, this noteworthy museum celebrates Munich's important association with the BMW car industry and documents the success of its wide range of vehicles, with exhibits including classic cars, concept vehicles, planes, interactive simulators and motorbikes. The museum is easy to spot - just look out for the eye-catching silver cylinders, which dominate the area
Open hours: daily - 09:00 to 17:00
Admission: charge

Address: Galeriestrasse 4a, Hofgartenarkaden, Munich, D-80539, Germany, DE
Tel: +49 089 2106910
Founded around 100 years old, the German Theatre Museum is full of memorabilia and offers an insight into the development of German Theatre. Amongst the highlights are a number of elaborate costumes, theatrical posters, photos and many other items of interest, all of which are rotated regularly.
Open hours: Tuesday and Thursday - 10:00 to 12:00, 13:30 to 16:00
Admission: charge 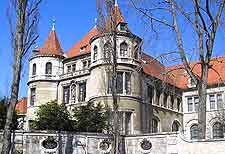 Address: Museumsinsel 1, Innenstadt, Munich, D-80538, Germany, DE
Tel: +49 89 2 1791
The National Museum (Deutsches Museum) is a vast attraction and dates back more than 100 years. Concentrating on a strong technological and scientific theme, displays are varied and often extremely interactive. Lovers of astronomy will be sure to enjoy the planetarium exhibit, while others will enjoy the displays concentrating on aerospace, agriculture, computers, mathematics, physics, toys, textiles and telecommunications. Munich's National Museum is the biggest museum of science and technology on the planet and not to be missed.
Open hours: daily - 09:00 to 17:00
Admission: charge

Address: Arnulfstrasse 3, Hauptbahnhof, Munich, D-80335, Germany, DE
Tel: +49 089 545 40880
Full of attractions for all ages, the Children's Youth Museum is especially appealing to children and those who are young at heart. With many interactive exhibits and fun games to play, Munich's Kinder und Jugendmuseum is a enjoyable place to pass a few hours and also offers a good gift shop, where you can purchase a colourful souvenir of your visit.
Open hours: Monday to Friday - 14:00 to 17:30, Saturday and Sunday - 11:00 to 17:30
Admission: charge, concessions

Address: Sankt-Jakobs-Platz 1, Innenstadt, Munich, D-80331, Germany, DE
Tel: +49 089 2 2370
Everything that you could possibly want to know about Munich's past is documented and explained within the Museum of Local History (Münchner Stadtmuseum). Ranging from local artefacts and paintings, to antiquities and models, this attraction is perfect for history buffs. A number of additional museums are also located onsite and include the Film Museum and also the Musical Instruments Museum, both of which are also worth visiting if you have time.
Open hours: Tuesday to Sunday - 10:00 to 18:00
Admission: charge, concessions, no charge on Sundays 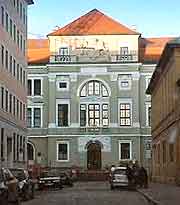 Address: Richard-Wagner-Strasse 10, Maxvorstadt, Munich, D-80333, Germany, DE
Tel: +49 089 21 80 6630
With well-displayed dinosaur fossils and bones, the Paleontology Museum boasts a number of awe-inspiring fossilised skeletons. Various special exhibitions take place each year and are usually well advertised. The Munich Geology Museum (Geologisches Museum) is also located on-site and home to many examples of rocks and minerals, both from Germany and also abroad.
Open hours: Monday to Thursday - 08:00 to 16:00, Friday - 08:00 to 14:00, Saturday and Sunday - 10:00 to 16:00
Admission: no charge

Address: Marienplatz 15, Altes Rathaus, Munich, D-80331, Germany, DE
Tel: +49 089 29 4001
Ranging from teddy bears and dolls, to tin cars and model railways, its all here at Munich's enjoyable Toy Museum (Spielzeugmuseum). Many of the toys are now valuable antiques and date back to the late 18th century, while others are from today and can be played with. This museum is sited within the Old Town Hall and is easy to find, standing on the Marienplatz.
Open hours: daily - 10:00 to 17:30
Admission: charge

Address: Maximilianstrasse 42, Innenstadt, Munich, D-80538, Germany, DE
Tel: +49 089 2101 36100
The many thousands of exhibits at the Munich State Museum of Ethnology are diverse to say the least. You can expect everything from African masks and figures to statues of Indian gods, South American's ceramics to Eskimo costumes, and religious artefacts from Islam to intricate carvings from Polynesia - it's all here under one roof. Refreshments are also to be found onsite, together with a small gift shop.
Open hours: Tuesday to Sunday - 09:30 to 16:30
Admission: charge, concessions