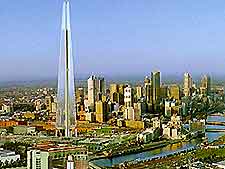 Melbourne is divided up into various neighbourhoods, locations, districts and interesting areas, full of many top tourist attractions in the city centre, major landmarks, historic buildings, restaurants and viewpoints. The main neighbourhoods and districts in Melbourne include the following areas.

Melbourne City Centre is an orderly grid work of wide, crossing streets, edged by the scenic Yarra River. There are a number of major developments in Melbourne City Centre, including shopping malls, the arts precincts around the National Gallery and many historic monuments.


One of the most imposing features in Melbourne city centre is the recently constructed Federation Square, which is the size of an entire city block. This vast complex incorporates stunning architecture, an enormous atrium, galleries, cinemas, restaurants, cafés, wine bars, function centres, meeting rooms, and Melbourne's Federation Square regularly hosts many of the most important festivals in the Melbourne and Victoria area. 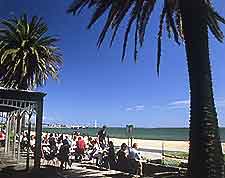 The Fitzroy and Collingwood district of Melbourne can be found 2 km / 1.5 miles to the south of Melbourne city centre and Fitzroy is often referred to as Melbourne's 'Bohemian Quarter'. With many interesting and unique shops, restaurants, cafés and bars, Fitzroy is home to some of Melbourne's best nightclubs and is known for its lively nightlife. 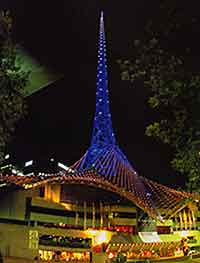 Prahran, South Yarra and Toorak are located on the right-hand side of the Yarra River, close to Melbourne city centre. South Yarra has become one of the trendiest areas in Melbourne and to the west, Toorak is a particularly wealthy area, with many of Melbourne's most palatial homes and mansions. Chapel Street, in Melbourne's Prahran and South Yarra area is filled with stylish fashion boutiques, wine bars and enticing nightclubs. Nearby, Commercial Road is one of the many gay locations in Melbourne and is lined with clubs, bars and attractions. At the weekend, Melbourne's Greville Street hosts a particularly popular market, with many market stalls selling vintage clothings and collectables.