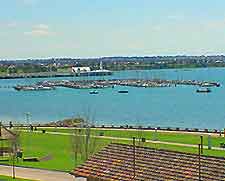 Victoria is rich in attractions and many tourists spending time in Melbourne leave at least a day or two to explore just some of the surrounding cities, towns and villages. The port city of Geelong makes for an ideal day trip and boasts more than 100 National Trust classified buildings, being located alongside the Bellarine Peninsula.

An excursion to the Mornington Peninsula may also tempt visitors based in Melbourne, where notable attractions include the historic town of Sorrento, the beaches of Portsea and a national park. The twin towns of Daylesford and Hepburn enjoy an especially scenic setting, while Ballarat offers a fascinating gold-rush heritage. Also worth considering are the vineyards and wildlife sanctuary at the Yarra Valley, and a trip to the southerly Philip Island, which is roughly two hours away and called home by some very friendly and endearing wild penguins. 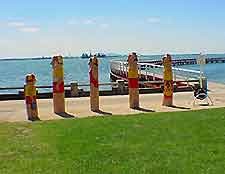 Geelong is the largest provincial city in the Victoria area and has a population of around 180,000. This historic bayside city is best known for being home to the Cats football team, a major star of the Australian Football League. Geelong also features numerous parks, gardens, museums, art galleries, restaurants and an exciting nightlife. The city is located to the south-west of Melbourne, being roughly an hour away, and offers a wealth of attractions, including: 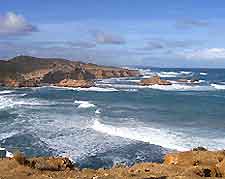 The Mornington Peninsula is around one-hours' drive from central Melbourne and is located to the north-east. With high-quality beaches, strong waves for surfing and many attractions for tourists, the peninsula regularly attracts locals, who head to:

Located on the western side of Port Phillip Bay, the Bellarine Peninsula is situated just beyond Geelong. This is a particularly popular holiday destination and is full of things to see and do, such as:

Daylesford and Hepburn are situated to the north-west of central Melbourne and are set amongst some wonderful scenery, including hills, forests and lakes. This peaceful area has become known as the 'spa centre of Victoria' and is a popular retreat from busy city life. Tourists may like to visit: 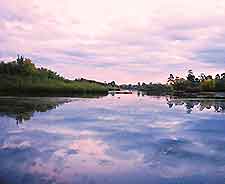 Full with thousands of eager diggers during the 1850s, when plentiful gold was discovered here, Ballarat has a fascinating past. This large town boasts a huge amount of outstanding Victorian architecture and an interesting visitors' centre. Located to the north-west of central Melbourne, the main attraction at Ballart is Sovereign Hill, an elaborate reconstruction of a gold-mining town in the mid-19th century. Other highlights include:

The Yarra Valley, to the north-east of Melbourne, is one of the most stunning areas in Victoria, being full of natural beauty. Featuring walking and cycle trails, numerous vineyards, a visitors' centre and much more besides, other notable attractions in the Yarra Valley include: 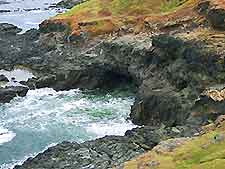 Phillip Island is located to the south of Melbourne, where it is a rugged and slightly windswept island with good conditions for surfing. This popular holiday resort is most famous for its friendly penguins, who have become a major attraction in their own right. Look out for: