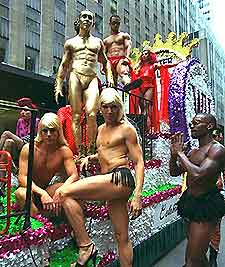 An established and enticing gay scene can be expected in the city of Melbourne and there are a number of themed LGBT bars and clubs, as well as gay friendly hotels and one of the world's biggest LGBT celebrations - the hugely popular Midsumma Festival.

Located on Gipps Street in the suburb of Abbotsford, on the north-easterly side of Melbourne, the Laird Hotel sits across from the Gahan Reserve and is roughly a 20-minute walk from the Fitzroy Gardens. The Laird is widely known amongst the local community as being the longest-running men-only hotel in the whole of Australia, operating in this way since the 1980s and conveniently being in close proximity to the Collingwood Railway Station.

Melbourne has a thriving gay community based in and around the Collingwood area of Melbourne, Chapel Street, Brunswick Street, Fitzroy and Prahran. In St. Kilda, the Greyhound Hotel on Brighton Road is known for its fun drag queen shows, while in South Yarra, Priscilla's on Commercial Road offers a traditional style bar with live gay themed entertainment. 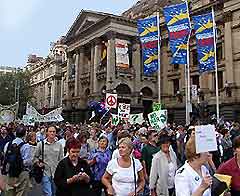 The Midsumma Gay and Lesbian Festival is held in January and February. First staged over a week as a one-off pride event in 1989, this is now a three week-long celebration featuring street parties, a pride march down Fitzroy Street, St. Kilda dance parties, sports competitions, drag shows, a ball and much more. The parades and carnival generally attract over 50,000 visitors, being fun for all ages, with the whole Midsumma Festival drawing more than 120,000 people to the city.

Held on an annual basis in the middle of March, this popular gay and lesbian movie festival features a wealth of films, videos, seminars, parties and special screenings, and lasts around ten days in total.

There are three ALSO dance parties that attract over 8,000 people and these events are held at inner-city warehouses.

This is a similar event to the January Midsumma Festival and offers an array of music, film, sports and theatrical events.