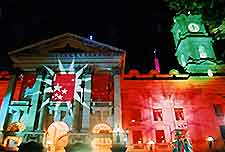 Melbourne is a city boasting more than its fair share of festivals and every single month of the year there are all kinds of events and things to do, meaning that tourists will find plenty of choice. January sees the arrival of the Australian Open tennis championship and the Summer Music Festival, which is followed by the Australian Matchplay and Australian Masters golfing PGA tournaments each February.

Soon after, the St. Kilda Festival comes along, being traditionally staged on the last Sunday every February and comprising everything from beach activities and live music, to family themed entertainment, food stalls and parties, attracting crowds topping 400,000. Later on in the year, be sure to look out for the Royal Melbourne Show at the Royal Showgrounds and the Melbourne Fringe Arts Festival parades, both of which are held in September. The Bavarian beer festivities at the Oktoberfest draw thousands to the city and this is really just an excuse for a great big party.