Australia's fifth-biggest city and now home to a population exceeding one million, Adelaide resides within South Australia and on the northerly side of the Fleurieu Peninsula. The city is located on the Adelaide Plains and is close to both the Mount Lofty Ranges and the Gulf Saint Vincent.

Central Adelaide is organised as a gridwork of roads, with a series of public squares. King William Street serves as the main thoroughfare, while Victoria Square marks the very geographical centre of the city. Franklin Street joins Victoria Square and leads to the Adelaide bus station. Nearby, Rundle Street is the place to be seen and has become something of a spot for socialising. 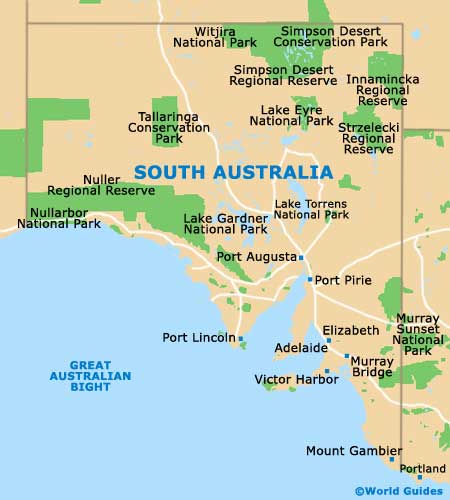