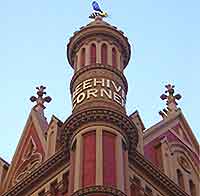 The South Australian capital, Adelaide, is one of the rare exceptions where an Australian city was conceived from the beginning as a libertarian settlement for free colonists, rather than as a penal colony for convicts.

Its prime location along the southern coast has provided plenty of incentive for Europeans to migrate here. The history of Adelaide prior to European settlement can be traced back to the Kaurna tribe, who referred to the area as 'Tarndanyangga', which roughly translates as 'male red kangaroo rock' or 'place of the red kangaroo'.

In response to the troubles plaguing Australia's first penal colony settlements, a group in England led by Edward Gibbon Wakefield, a British politician, came up with the idea of establishing a town populated by good settlers, rather than criminals. The colony would be a haven of religious and civil liberties, a rarity in the world at that time. In 1834, Wakefield convinced the British parliament to pass the South Australian Colonisation Act, which paved the way for all future free settlement in Australia.

Surveyor-General Colonel William Light was in charge of choosing the location for the new town of Adelaide, named after the wife of British King William IV. He found land that was fertile, drained well and had a solid water supply from the Torrens River. In 1837, a survey was completed and Light laid out the city's grid in a European fashion, with Victoria Square at its heart. Little has changed from the original layout, and so visitors can get a sense of the history of Adelaide as it has grown from a settlement into a major urban city. 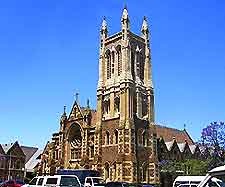 Implementing Wakefield's master plan proved harder in reality than on paper. In 1842, there was talk of abandoning the colony in the wake of incompetent governance and a clash of ideas among the population of free-thinking settlers. With no financial backing from the British crown, Adelaide supported itself through land sales. When these dried up, the city needed its crop and livestock trade to boom. It wasn't until 1845 that conditions finally started to improve.

The history of Adelaide has always been affected by the cycles of boom and bust. A boom in wheat crops in the 1870s and 1880s created a burst of building and infrastructure in the young city. Gas street lighting was introduced in 1867, followed by the opening of the University of Adelaide in 1874. However, the 1890s were a period of financial and agricultural bust in Australia, and Adelaide was affected, along with every other town.

WWI and WWII brought another wave of prosperity as the war industry provided an economic injection. Thousands of migrants from Europe arrived following WWII, helping to establish the rich ethnic diversity Adelaide's city centre enjoys today. The café culture that the Europeans brought with them has shaped the relaxed atmosphere that pervades the city. The arts, music, theatre and cuisine also play prominent roles in the city's landscape.

Returning to the roots of its founding principles, Adelaide was the site of several ground-breaking political reforms during the 1960s and 1970s. Racial discrimination, sexual inequality and capital punishment were all banned, and Aboriginal land rights were recognised. This mentality of freedom and equality has helped Adelaide achieve a special reputation among Australian cities, being a place where everyone is welcome to live their life in the way they see fit.