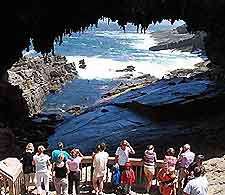 There is no denying that South Australia comes with some wonderful attractions and those holidaying in Adelaide may well be tempted by the possibility of a day trip or two. Popular choices include the vineyards, gardens and wildlife park within the Adelaide Hills, the wineries and beaches around the Fleurieu Peninsula, and the Flinders Chase National Park on Kangaroo Island.

You may also like to consider an excursion to see the attractions around the Limestone Coast, where both the Coorong National Park and the windsurfing at Meningie are real highlights. Other choices include the Eyre Peninsula, the Flinders Ranges, the Yorke Peninsula and the rugged Outback region, where the Woomera Board Heritage Centre, the tiny town of William Creek and the opal-mining town of Andamooka await, as well as Innamincka and its rich Aboriginal heritage.

The picturesque Adelaide Hills are central to the Mount Lofty Ranges and just a short drive from the city, with attractions here including:

The Fleurieu Peninsula is located to the south of the city and has become a popular excursion from Adelaide. With a wonderful coastline, numerous beaches and whale watching, highlights include: 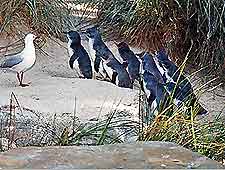 Located around 13 km / 8 miles from South Australia's coastline and within comfortable reach of Adelaide, much of Kangaroo Island is either conservation or national parks. Some of the island's most popular attractions include: 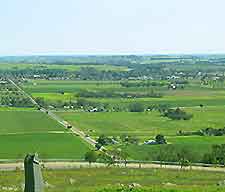 The picturesque area of the Barossa Valley is one of Australia's most famous wine-producing regions, with many exceptional vineyards. Highlights include:

The Mid-North area of South Australia can be found between Adelaide and Port Augusta. Featuring a number of large farms, famous vineyards and small towns, some of the most popular attractions in the Mid-North region include:

The Southeast district, also known as Limestone Coast, forms the region between Adelaide and Melbourne. Full of interesting things to see and do, visitors should look out for:

Yorke Peninsula is a heavily agricultural region of South Australia and is also a popular quiet holiday resort within reach of Adelaide. With a number of scenic beaches, national parks and large amounts of native wildlife, specific attractions include:

The Eyre Peninsula is located between the Great Australian Bight and the Spencer Gulf. With regular flights from Adelaide Airport, sightseeing opportunities around the peninsula include:

South Australia's spectacular Flinders Ranges are a truly majestic sight, comprising deep red folds, mountainous regions and regular coaches, with the journey from Adelaide taking around two and a half days. The region is a dry area and the community was founded in 1802. Those coming here should look for:

South Australia's Outback region can be found to the north of the Eyre Peninsula and the Flinders Ranges. Containing many interesting visitor centres and enormous national parks, noteworthy Outback attractions include: