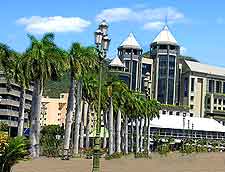 The larger tourist centres of Mauritius offer plenty of choice when it comes to dining out, both in terms of cuisine and budget. Even in smaller towns and villages, it's possible to find smaller restaurants or street vendors offering decent traditional food, even if the surroundings are more basic than you'd find in, say, Port Louis.

Indeed, dining out in this way is particularly popular in Mauritius. Local food tends to be a blend of different cuisines, including Indian, Chinese, Creole and European influences. In most restaurants and eateries, lunch is served between 12:00 and 15:00. Evening meals are generally served between 19:00 and 22:30. 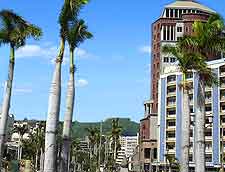 There's no such thing as a national dish in Mauritius. Just as Mauritius is a cultural mix, so too is its cuisine, with hints of Creole, Chinese, European, African and Indian food in its dishes. Hot spices are often used and, as you'd expect from an island nation, fish forms a major part of people's diets. Shrimps, oysters and prawns are habitually eaten with a sauce rouge. Other local dishes include salted cod, gratin de morue, and daube de poisson, a sort of fish stew.

Always popular is Creole curry, usually made with chicken, beef or fish and accompanied by rice. Noodles are also served, fried as part of a stir fry dish. Snack foods include samosas, cheese sticks, rotis - similar to pancakes, and bulettes - steamed balls made from tofu, meat or vegetables.

An abundance of locally grown fruit means that papayas, mangoes, bananas, pineapples and the like are often ingredients in Mauritian desserts. Other desserts include undé - coconut-coated rice cookies, and gateau patates - sweet potato pasties. 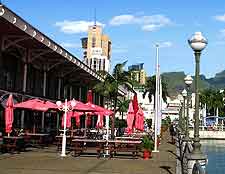 Mauritius boasts several restaurants which rank highly in terms of both cuisine and ambience. Prices tend to be on the expensive side, especially if they're based within one of the more upmarket hotels in Mauritius. Hotel restaurants often employ top class international chefs. Many also have entertainment while you eat, in the form of local dancers or a piano player.

Village restaurants have become increasingly popular with tourists and offer good value for money. Food generally ranges from acceptable to good, and plenty of atmosphere is thrown in for good measure. Most feature a specific type of cuisine, such as French or Chinese. On the same culinary level, beach restaurants also tend to serve fresh food and are a good lunchtime dining option. 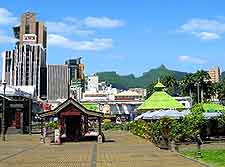 Chinese restaurants provide a fairly cheap way to eat out. Low cost Chinese and Creole food is available in most of the main tourist centres around Mauritius.

International fast food can be found quite easily, particularly within shopping centres, if you're yearning for a taste of Pizza Hut or Kentucky Fried Chicken. Fast-food dining outlets serving hamburgers, pizzas and the like are undoubtedly becoming more popular in Mauritius. 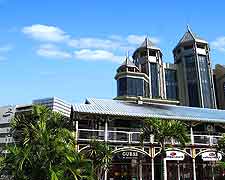 If your dining budget won't stretch to a restaurant meal, then Mauritius has countless street food sellers. Whilst hygiene may sometimes leave a lot to be desired, they are a very economical option for budget travellers. Dishes served include Indian delicacies, as well as Chinese noodles.