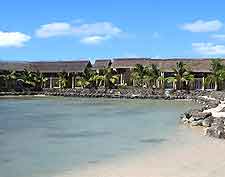 Port Louis is central to the festivals scene on the island, hosting annual events such as the Duchess of York Cup and Barbé Cup horse races, respectively in May and July, followed by Father Laval Day each September. Many yearly festivities, fun things to do and national holidays take place all over the island of Mauritius, including the Abolition of Slavery Day in February, Ougadi (Ugadi) and National Day each March, Labour Day in May, the Assumption of the Blessed Virgin Mary and Ganesh Chaturthi every August, and Eid ul-Fitr, which is usually held in November or December.


Mauritius Calendar of Festivals and Events