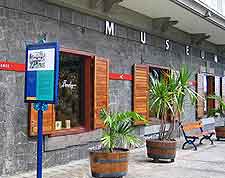 Museums are, in general, great places to find out more about the culture, heritage and traditions of the country you're visiting, and those of Mauritius are certainly no exception. A visit to the Blue Penny Museum reveals the unique part that Mauritius played in philatelic history.

A trip to the Sugar Museum in Beau Plan offers an evocative insight into the island's role as a sugar colony. Other Mauritian cultural offerings reveal a host of interesting facts, including the island's natural history and naval heritage. As for art, Mauritius is not short of fairly well-known artists and their works can be found on display at a number of privately owned galleries in Port Louis and other large towns and villages.

Address: Mauritius Institute, La Chaussee Street, Port Louis, Mauritius, MU
Tel: +230 212 0639
Originally known as the Desjardins Museum and dating back to the mid-19th century, this is the oldest attraction of its kind in Mauritius. As such, the layout is very traditional. Its star exhibit is the infamous dodo, reconstructed from a skeleton excavated on the island. You can learn all about the life of the ill-fated dodo, discovered at the beginning of the 16th century and extinct by the 17th century, following the island's rapid colonisation and the arrival of rats, dogs and pigs. Other exhibits include birds, reptiles, butterflies and sea creatures from the region. The Natural History Museum is located on La Chaussee Street in Port Louis, being easy to find and standing next to Company Gardens.
Open hours: Monday, Tuesday, Thursday and Friday - 09:00 to 16:00, Saturday - 09:00 to 12:00
Admission: charge 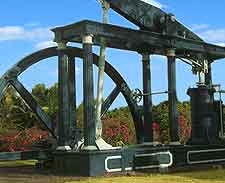 Address: Beau Plan, Mauritius, MU, Africa
Tel: +230 243 7900
Sugar and life on the island are closely linked, so an attraction dedicated to its sugar making days has many fascinating stories to tell. Last used commercially in the 1970s, the old Beau Plan sugar mill, situated close to the Pamplemousses Garden and fronted by an old sugar train, has been transformed into a museum that traces the history of sugar made here over the past 250 years. Visitors can enjoy a tour of the exhibits, followed by rum tastings. Children are amply catered for, with the help of mascots. There is also a restaurant here should you fancy staying for lunch.
Open hours: daily - 09:00 to 17:00
Admission: charge

Address: Caudan Waterfront, Port Louis, Mauritius, MU
Tel: +230 210 8176
This is the place to be if you're a keen philatelist and want a close-up view of the famous Mauritius 'Post Office' Two-pence Blue and Penny Red stamps, dated 1847 and much prized among philatelists. There are also a variety of other rare artistic and historic artefacts, including postcards, posters and vintage stationery. What sets this attraction apart from many others of its type is the use of interactive and audio-visual aids to bring history to life. Being sited on the Caudan Waterfront in downtown Port Louis means that there is plenty of surrounding interest and many distractions.
Open hours: Monday to Saturday - 10:00 to 17:00
Admission: charge, discounts available for children 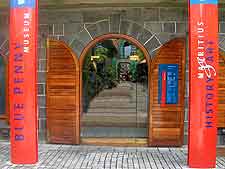 Address: Place du Quai, Port Louis, Mauritius, MU
Tel: +230 213 4812
Lying on the Place du Quai, alongside the Port Louis waterfront and next to the Central Post Office, the Mauritius Postal Museum is home to a huge assortment of stamps - both from the island itself and all over the world, as well as a number of related postal items. A series of artefacts tell the story of the island's postal history, while the onsite gift shop features some postal-order copies of the famed one-penny and two-penny stamps.
Open hours: Monday to Friday - 09:30 to 16:30, Saturday - 10:00 to 16:00
Admission: charge, discounts available for children

Address: Sir Seewoosagur Ramgoolam Street, Port Louis, Mauritius, MU
Tel: +230 242 0053
The SRS Memorial Centre for Culture is located in Port Louis, at the house where renowned politician Sir Seewoosagur Ramgoolam once lived. Ramgoolam served as the Prime Minister of the island between 1968 and 1982, before becoming the Governor General. Many of the exhibits are based around his life and include some interesting photographs and old documents.
Open hours: Monday to Friday - 09:00 to 16:00, Saturday - 09:00 to 12:00
Admission: free 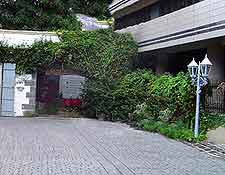 Address: Old Council Street, Port Louis, Mauritius, MU
Tel: +230 211 1705
The Photography Museum may not be especially big, but it is certainly appealing and comes with lots of old photographs, showing Port Louis and the island as a whole over the years. This is a good place to see how the island once appeared before tourism arrived in a big way. Among the more interesting displays are some old prints known as 'daguerreotypes', which date back to the 1840s and are an early version of a photograph. The Municipal Theatre is close by should you fancy taking in a show later on.
Open hours: Monday to Friday - 10:00 to 15:30
Admission: charge

Address: Royal Road, Souillac, Mauritius, MU, Africa
Tel: +230 625 6101
Successful writer, acclaimed poet and librarian Robert Edward Hart (1891 to 1954) lived here in this charming cottage made from coral stone until his death, aged 63 years. The museum contains the furniture, paintings and books that once belonged to Hart, as well as many personal effects, such as original letters, speeches and plays. However, it should be noted that the displays are captioned in French only, and not English. The building itself was renovated in 2001 and is conveniently sited on the route to Gris Gris (a magnificent coastal stretch known for its crashing waves), meaning that passing trade helps to keep up visitor numbers. Riambel Beach is just a short stroll away if you are looking for something to do afterwards.
Open hours: Monday to Wednesday - 09:00 to 14:00, Thursday and Friday - 09:00 to 16:00, Saturday and Sunda -y 09:00 to 12:00
Admission: free

Address: Royal Road, Souillac, Mauritius, MU, Africa
Tel: +230 634 4319
It's easy to miss the Frederik Hendrik Museum - it is, after all, fairly small. It would be a shame, however, as this cultural attraction is a great way of helping visitors to better understand the lives of those who arrived in Vieux Port in the 17th century and took up residence there. On display are numerous artefacts found by archaeologists during excavation work that was carried out in the late 1990s. Particularly fascinating are the drawings of dodos made by the Dutch sailors who first landed on the island.
Open hours: Monday to Saturday - 09:00 to 16:00, Sunday - 09:00 to 12:00
Admission: charge

Address: Royal Road, Mahebourg, Mauritius, MU, Africa
Tel: +230 631 9329
The island's National Historic and Naval Museum is spread over two floors of the former residence of an 18th-century commandant of the Grand Port district. Exhibits include remnants of wrecked sailing ships, such as cannons and other weapons, as well as newspaper cuttings, maps, model sailing ships and household furniture brought here with the intention of making colonial life a little more comfortable.
Open hours: Monday, Wednesday to Saturday - 09:00 to 16:00, Sunday - 09:00 to 12:00
Admission: free