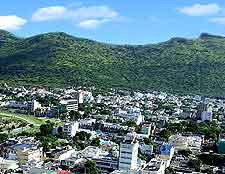 Known as Dina Arobi by medieval Arab sailors who once traded in and around the Indian Ocean, Mauritius was uninhabited and remained so until long after history witnessed the arrival of the very first Europeans.

The island was not officially on the map, quite literally, until an Italian cartographer named Alberto Cantino drew Mauritius as one of three islands at the very start of the 16th century.

Discarded by the Portuguese

Mauritius was first discovered by the Portuguese a few years later, in the year of 1507. This was actually quite by chance, when an expedition led by one Tristao da Cunha in the area around the Gulf of Bengal encountered some unexpected and rather severe storms. 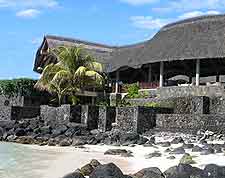 As a result of the strong wind and sizeable waves, a diversion led straight to the island - this was the first time in the history of Mauritius that it had been viewed by Europeans. They named it Santa Apolonia after the saint of the same day on which the discovery was made.

Although a succession of Portuguese ships then visited, none were interested and instead concentrated on Goa and Ceylon further east, and Mozambique to the west. 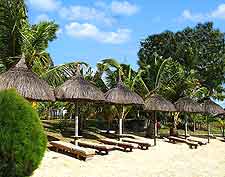 Almost a century later, a Dutch expedition, like the Portuguese previously, was forced to change course on account of bad weather. The stormy weather led five of their ships to this island in place of their intended target, India. Due to the name of their Prince, Maurits, and the name of the lead ship, Mauritius, they followed suit in naming this small island.

Soon after, Port de Warwick became something of a stopover, with its convenient location being deemed ideal to break up the long journey from Europe to the Orient. In 1606, expeditions landed on the north-western side of the island at what would become known as Port Louis. The death of the Dutch East Indies' Governor General, Pieter Both, during a shipwreck here en route back from India in 1615, led the Dutch to view the island as being cursed for a number of years, although eventually a permanent presence was established. 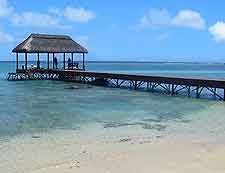 From 1638, the Dutch decided to make the island their own and in doing so, began the first chapter of Mauritius history as a settlement. This came after more than a century in which Mauritius had served as little more than a port of call. Life here was far from easy, however, as tropical storms and a lack of rain caused havoc with any attempts at farming, while famine and disease wreaked death and destruction on the most isolated of the Dutch settlements. By 1710, the island had been abandoned, but not before the native dodo bird had been made extinct and much of the ebony forest had been cleared for timber purposes.

Mauritius did not lay dormant for long. In September of 1715, Frenchman Guillaume Dufresne d'Arsel claimed the port, naming it the Isle de France. Occupation commenced just six years later, although development did not begin in earnest until naval officer Mahe de La Bourdonnais was appointed as governor.

Port Louis was subsequently made a naval stronghold and various important buildings came into being at this time, including the Chateau de Mon Plaisir within the district of Pamplemousses and sections of the Government House, along with the Line Barracks. These striking examples of the history of Mauritius can still be viewed today. Of note, French rule came to an abrupt end at the hands of the British in 1810 during the Napoleonic Wars. 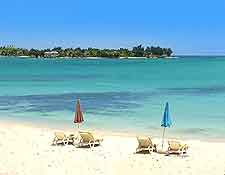 Some 25 years after the new European rulers took over, the burgeoning practice of slavery was abolished. Most of the Madagascan and African slaves brought to Mauritius during the French period chose to stay. Still, the predominant language on the island was French, although Chinese, Malays and a host of different peoples from across the colonies lived and worked here, leading to some inter-racial tensions.

An independence movement also gathered steam, first under Guy Rozemont's Labour Party and then as a coalition, and communal unrest continued right up to the achievement of independence in 1968. Since then, a series of coalition governments have avoided the usual coups and one-party states so typical in post colonial Africa, and with stability the country has thrived, especially on tourism.