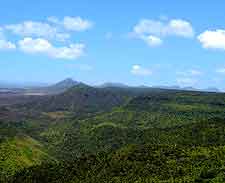 The conservation of indigenous species of plants and wildlife has played an important role in Mauritius for some years. Mauritius is home to extremely rare species of parakeet, pigeon and kestrel, the latter of which became the rarest bird in the world in the 1970s, with only four remaining. Their preservation, together with the restoration of their natural habitats, has become a priority and real success story for the island's conservation experts.

Mauritius has only one fully fledged national park, at Black River Gorges. The rest are primarily classed as nature reserves, such as the Domaine du Chasseur, the Domaine du L'Etoile and the Ile aux Aigrettes reserves. Others are privately owned and offer a range of visitor facilities. These less well-known parks include those of Domaine de l'Ylang Ylang, Domaine des 7 Vallees and Falaise Rouge. 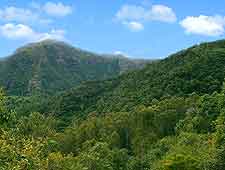 Address: Near Grande Rivière Noire, Mauritius, MU, Africa
Tel: +230 258 0057
Black River Gorges is actually the only national park in Mauritius. Mostly forested, the park is home to a staggering number of plant, bird and animal species. Notable bird species include the Pink Pigeon and the Mauritian Echo Parakeet. There's a better chance of spotting wildlife if you head out on foot on one of the park's 60 km / 37 miles of trails. Many of the park's plants flower between September and January.

Visitor centres located at the western and eastern entrances offer useful information, including maps. It is also possible to arrange to take a bus trip across the park if you're not feeling up to a hike. Of interest, the Gerald Durrell Endemic Wildlife Sanctuary is located within the Black River Gorges and contains many rare species, although is off-limits to the general public.
Open hours: daily
Admission: charge 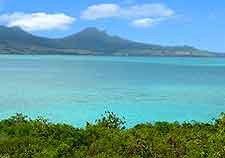 Address: Mahebourg Bay Lagoon, Mauritius, MU, Africa
Tel: +230 631 2396
The Ile aux Aigrettes Nature Reserve comprises a small island that lies off the south-eastern coast of Mauritius. Declared a nature reserve in 1965, the Ile aux Aigrettes works to conserve endangered tree species including ebonies and the Bois de Fer. In recent years, a population of Mauritius Kestrels has been reintroduced to the reserve, while other resident native animals include the Green Gecko and the Giant Aldabra Tortoise. A guided tour takes visitors around the reserve, which has become a renowned conservation and educational project. A canopy viewing tower dating back to the Second World War makes a great observation point over the coastal forest.
Open hours: daily - first boat trip leaves at 09:30
Admission: charge

Address: Mauritius, MU, Africa
Tel: +230 433 1010
Located on the eastern / south-eastern side of the island, the Domaine du L'Etoile Nature Reserve boasts splendid views over the island and its plantations, as well as an opportunity to spot wildlife that includes deer, boar and monkeys. Covering over 5,000 acres / 2,020 hectares, the reserve is far too big an area to fully explore on foot, so if you want to reach a far distant corner of the reserve, quad bike hire or a horse riding trek make perfect sense. It is worth noting that visitor numbers are limited each day.
Open hours: daily
Admission: charge 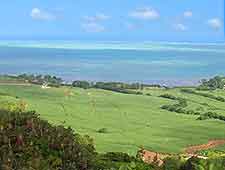 Address: Near Bois des Amourettes / Mahebourg, Mauritius, MU, Africa
If you're a nature lover and enjoy keeping fit, then a visit to the Domaine du Chasseur (Hunter's Domain) Nature Reserve may be just the ticket. Located in the south-eastern part of Mauritius, the reserve boasts some 30 km / 18 miles of forest nature trails that afford great views of deer, wild boar, monkeys, and hundreds of native tree and plant species, as well as birds that are indigenous to the island. If walking isn't your thing, it's also possible to hire mountain or quad bikes to help you explore the reserve's 1,000 acres / 405 hectares. Unusually for a wildlife reserve, tourists are allowed to hunt! The Domain du Chasseur operates a controlled hunting programme in order to maintain a balance of wildlife within its boundaries.
Open hours: daily
Admission: charge