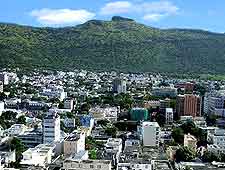 An African island nation located within the South-West Indian Ocean, the Republic of Mauritius is to be found roughly 900 km / 559 miles to the east of Madagascar, with the French island of Réunion lying around 200 km / 124 miles to the south-west.

The republic is made up of the main island of Mauritius, as well as the subsequent islands of Agalega, Cargados Carajos and Rodrigues, the latter of which is to be found some 500 km / 311 miles to the north. Mauritius Island, Réunion and also Rodrigues are all considered to be a part of the Mascarene Islands.


Maps and Orientation of the Country / Islands

Port Louis is the capital of Mauritius and lies on its north-westerly coastline, where it comes with a busy harbour and is bisected by the island's only motorway, connecting the touristy Caudan Waterfront. The rest of the island is shown on maps as the districts of Black River, Flacq, Grand Port, Moka, Pamplemousses, Plaines Wilhems, Rivière du Rempart and Savanne, where Souillac is the capital.

The town of Mahebourg is the capital of Grand Port, while in Moka, the town of Quartier Militaire serves as the capital and boasts a large stadium and an appealing Islamic cultural centre. Pamplemousses is centred around its capital of Triolet, and Plaines Wilhems around both Rose Hill and Vacoas-Phoenix, with Rivière du Rempart being home to the village of Mapou.

The Black River region occupies much of the western coast of Mauritius, where Bambous, Flic en Flac, Le Morne and Tamarin are amongst the principal destinations. On the eastern shore, Flacq is the biggest of the island's districts, with its capital being the Centre de Flacq, containing a particularly historic courthouse and market. 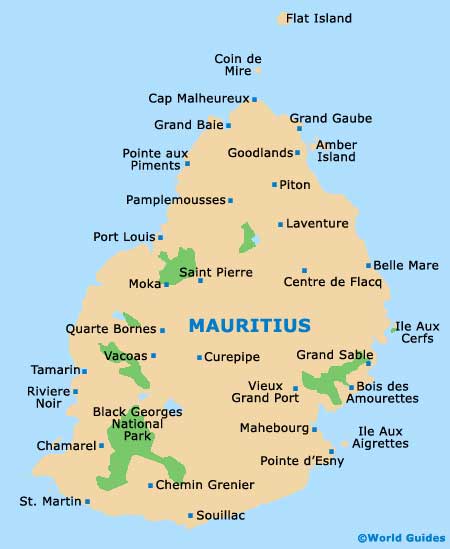