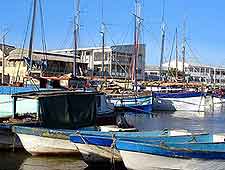 As an island situated some 2,400 km / 1,491 miles from the African mainland, the neighbours of Mauritius are somewhat at a distance. That said, island hopping is a popular way to see all the attractions that these Indian Ocean islands have to offer, from the tiny islands of Agalega, Cargados Carajos, Réunion, Rodrigues and the Seychelles, to the much larger Madagascar.

Sited on the south-east coast of Africa, the nearest neighbour to Mauritius is actually Mozambique, with lengthy flights being available between Mahebourg and Maputo. 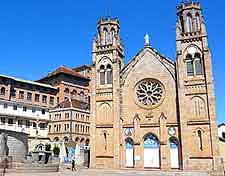 Located off the African coast, in the Indian Ocean, Madagascar is renowned for its sandy beaches, exotic indigenous wildlife, stunning landscapes, pirate heritage and shoreline peppered with shipwrecks. The capital city of Antananarivo (Tana) has a good selection of sights to see, including the Queen's Palace (Rova), the Prime Minister's Palace and the busy Craft Market. The Parc National d'Andasibe Mantadia is another recommended attraction, as are both the Parc National de l'Isalo and the Parc National de Ranomafana. The nearby islands of Ile Sainte Marie and Nosy Be are also popular Madagascan tourist destinations.

The French Department of Réunion is the closest island to Mauritius. Whilst it's little more than a tiny dot amidst the vastness of the Indian Ocean, Réunion certainly has plenty to suit visitors. Attractions include extinct and active volcanoes, some great sun-kissed sandy beaches, and seemingly endless opportunities for hiking and adventure sports amidst the island's rugged and mountainous interior. Saint Denis serves as the capital city on Réunion Island, while other prominent cities and destinations include Cilaos, Etang Salé, Mafate, Piton de la Fournaise, Saint Benoit, Saint Gilles, Saint Leu, Saint Pierre and Salazie.

Situated north of Mauritius, the Seychelles comprises an archipelago of 115 small islands in the western Indian Ocean. The main island of Mahé has an international airport, while the Inner Islands of Praslin and La Digue are also popular tourist destinations. Island-hopping is a great way to enjoy all that the Seychelles has to offer, from ancient forests and beautiful beaches to nature reserves and exotic wildlife. Many of the beaches within the Seychelles are pleasantly quiet and you will have no problem finding space to sunbathe. If you are feeling more energetic, then you can usually track down somewhere to windsurf (with conditions at their best between May and October), scuba dive, snorkel or sail.

Located on the south-eastern coast of the African mainland, Mozambique may not be the first place that springs to mind when you're considering your next holiday. It's certainly had more than its fair share of troubles. However, in recent years, visitors have come to appreciate more and more Mozambique's many attractions, such as its beautiful palm-fringed beaches, interesting historic landmarks and abundant wildlife. Maputo is the capital and where you will find national museums, hectic markets and pavement cafes. Other highlights of a trip to Mozambique may well include snorkelling around the Bazaruto Archipelago, exploring the Quirimbas Archipelago, and soaking up the history on the Ilha de Mocambique, a small island connected by a 3.5-km / 2-mile long causeway.