Getting Around, Kingston Travel, Transport and Car Rental 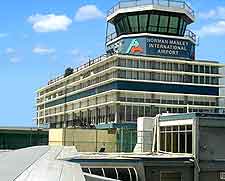 The nation's capital is well served by international airlines, although Kingston's main airport gets pretty busy. Flights come in from the USA and Canada, as well as from the UK.

If you are already on the island, the travel options for getting around by using public transportation are either bus or taxi, with the shared taxis known as 'route taxis' being especially popular. These are the cheapest transport option before taking the bus. You can also hire cars in Kingston, pre-booking beforehand online - and remember, driving is on the left! 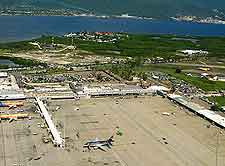 Taxi vans travel from the Norman Manley Airport to the city on a regular basis. Kingston Tinson Pen, a domestic-only airport, is closer to the city centre and although considerably smaller, does receive flights from Montego Bay. 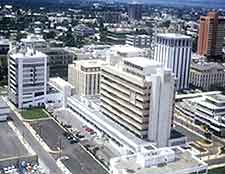 Tel: +1 876 929 5875
The nearby Blue Mountains are worth hiring a car for alone and they are an easy drive from the city. This region is cool and offers fantastic views, and there are several side attractions in the area. Island Rental Cars is the main car rental firm in Kingston, with booking available from the airport and downtown. Be aware, however, that driving around Kingston proper can be a nightmare for the uninitiated.

From the northerly shore, the A3 highway provides a fast and direct way to travel into the city, linking the neighbourhoods of both Stony Hill and Constant Springs. Not so busy is the B1 road, which is more winding and connects the city with Buff Bay and Papine. During the rainy season, the roads can be treacherous and landslides may temporarily close some of the roads around the Blue Mountains. Those arriving from the west will use the Spanish Town Road, while from the east, it is the Windward Road, which passes the Norman Manley Airport and the turnoff for Port Royal.

Tel: +1 876 749 3196
The Knutsford Express bus service is the best bet for getting to Kingston from Montego Bay, with this popular journey taking around four hours. There are also slower buses from most cities on the island. Kingston has a couple of bus terminals - the Parade Country Bus Park and the Half-Way Tree (HWT), which are operated by the Jamaica Urban Transport Company. Local bus transport serves all areas of the capital, with frequent buses and minibuses departing from downtown's North Parade and South Parade. 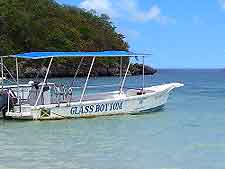 Jamaica's main cruise ship ports are at Montego Bay, Ocho Rios and Port Antonio, with the closest ports to Kingston being the latter two. Ships mostly arrive between December and March from Florida, but there are a few operators that run services all year round. From Jamaican ports, visitors can take a taxi or bus into the city itself, while tourists may like to join a glass-bottom boat tour of the coastline.

Taxi transport is the best bet for travelling about the city and you will always see taxis waiting outside tourist destinations and bigger hotels. These standard taxis are not metered and prices should always be agreed before leaving. Route Taxis are the other useful option, being shared taxis on set routes that really cram people in. Look for red number plates for both types of taxi signifying that they are licensed. During wet weather, the demand for taxi transport rises and available taxis quickly become hard to locate.