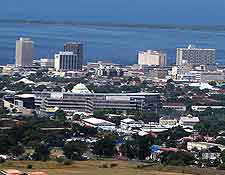 Few other Caribbean cities represent the chaotic and violent nature of 17th-century colonialism in the region as well as Kingston. Infested with pirates, subject to natural disasters and always a source of struggle for independence, Kingston has a history that certainly makes for very entertaining reading.

Although most visitors today pass Jamaica's capital over for the all-inclusive beach resorts, the city manages to remain the pulse of the island, both politically and socially.

Kingston was born out of the tragedy of the 1692 earthquake that destroyed Jamaica's main settlement of Port Royal. For decades prior to the disaster, Port Royal was one of the biggest ports in the West Indies, exporting tropical fruit, molasses and sugar to Europe and Britain, as well as barrels of rum. 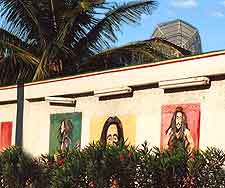 Around three-quarters of Port Royal was levelled or sunk underwater by the earthquake, and so the survivors chose to set up camp just across the harbour.

The early history of Kingston was not gentle. Some 2,000 of these refugees died at the hands of mosquitoes, while the camp was constantly wary of roving bands of pirates. It wasn't until 1703, when pirate captain Nick Catania burned what remained of Port Royal to the ground that Kingston really took off as a town. 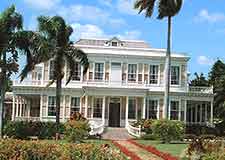 The Growth of a Camptown

Once Port Royal was abandoned, surveyors drew up and organised a rather ambitious plan for Kingston. Harbour Street was the original waterfront strip, where most of the early commercial and residential buildings were constructed. By 1716, this was the island's principal town and the centre of Jamaica's economy. The administrative capital remained as Spanish Town, however, due to the prevalence of immoral activities here. 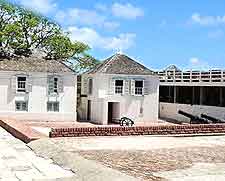 By the end of the 18th century, Kingston was a booming port city with several-thousand brick-built (fireproof) buildings and a population of well over 10,000 people. The local government realised that this town was already performing most of the functional duties of Jamaica, and so in the year of 1872, they officially moved the capital from Spanish Town to Kingston.

Another massive earthquake made itself well and truly known in 1907, sadly destroying almost all of the city's historical buildings and causing wide-spread damage. This prompted the government to create a law banning buildings higher than three storeys, which is why the capital's skyline is so low today. 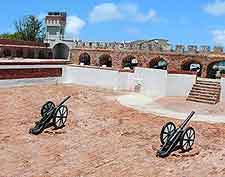 The history of Kingston has always been at the heart of the social struggles of the island. In the 1930s, riots across the city led to the creation of trade unions and the first political parties were formed to act on behalf of the working class. The 1960s brought a wave of development to the Central Business District (CBD) and waterfront area.

The New Kingston financial district was created, bringing in many of the shops, offices and businesses seen today. This was a brief boom period in local history, thanks to the international popularity of reggae music and the successful hosting of the Commonwealth Games in 1966. 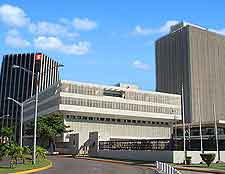 The western part of the capital, however, did not enjoy any of the development of the 1960s. This disparity created incredible tension in this impoverished district throughout the following decade and resulted in a steady flow of violence, murder and crime.

Tourism was badly hit during this time, as Jamaica in general and Kingston in particular developed the deserved reputation as dangerous places. In recent years, Kingston has become a safer city, although many tourists choose to avoid the capital altogether, sticking to the security and convenience of their all-inclusive beachside resorts.