Kingston Weather, When to Go and Climate Information 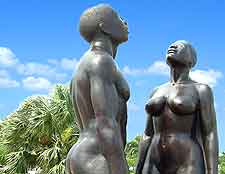 Kingston has a tropical climate as with the rest of the region, with an average year-round temperature of about 27°C / 81°F. It often receives a fresh southerly breeze from the sea, along with cool breezes from the Blue Mountains, and there are just the two seasons - wet and dry, along with a hot period in the summer.

The best weather is definitely in the winter (cool, dry season), which starts in December and continues until around April. Summer is the hottest time and stretches from late May to early September, while the wet season overlaps (starting around June) and runs on to November. Kingston also has an official hurricane season, where major tropical storms are more likely going to hit in the autumn. 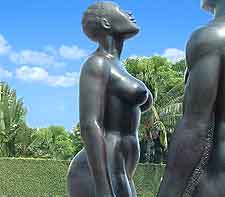 Although in the tropics are subject to a hurricane season, as with the rest of the Caribbean and the Gulf of Mexico states, Jamaica's weather systems are not all that harsh. The wet season usually has showers hitting early afternoon for just a few hours, while big hurricanes here are unusual, instead concentrating on nearby Hispaniola or Cuba. It rarely rains heavily for days on end in Kingston.

December to March is the peak season with the best climate, and this is also the busiest time, when holidaying Europeans and Americans are escaping their winters. Days are warm and sunny, and nights are cool and clear, with little chance of rain. The summertime generally has nice weather, if a little hot, while the absolute worst time to be here is in the autumn - September and October.