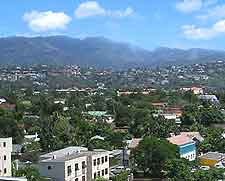 Capital of Jamaica, Kingston sits down on the south-east coast of the island on Jamaica maps and is the country's largest city. The metropolitan area is a good 10 km / 6 miles across and 10 km / 6 miles deep, extending out past the harbourfront and onto the Palisadoes Peninsula, while the Blue Mountains foothills lie to the north of the city.

You will need maps to get about, as Kingston is fairly convoluted and there are many unsavoury areas that you would want to avoid, even during the day. In general, the city is divided into two principal sections - downtown and uptown, with the latter being better known as New Kingston.

The downtown area of Kingston is home to the historic core, which starts at the harbour, contains King Street, and heads up towards the Parade area and William Grant Park. Further north is the large National Heroes Park, which leads into Upper Kingston. The airport is located down on Palisadoes Peninsula and is connected by the Norman Manley Boulevard.

Maps of Kingston can be obtained at book shops before travel, online, upon arrival at the airport, or from your hotel. There are road maps and schematics available, both in pocket form and fold-out. The Jamaica Tourist Board office on the Knutsford Boulevard also provides Kingston maps, as does the Jamaica Information Service outlet on Half Way Tree Road. 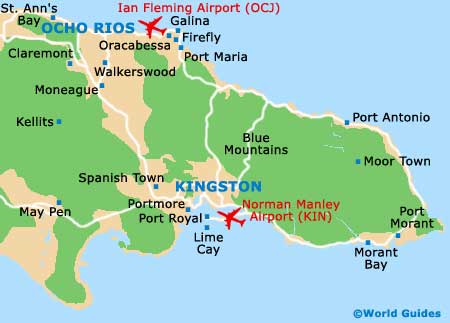