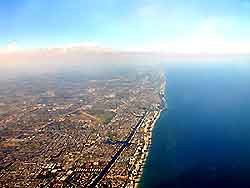 Fort Lauderdale, known throughout America as a major spring break resort, has recently completely reinvented itself and is now considered to be an upbeat, cosmopolitan tourist destination, full of major attractions and recreational activities.

Home to a number of spectacular marinas, waterways and canals, Fort Lauderdale is full of yachts and boats of all sizes, together with many historic sites, cultural districts and spectacular beach areas. Port Everglades in the city serves as Florida's deepest harbor, where many enormous cruise liners regularly dock. Nearby, the Fort Lauderdale Beach district features a long promenade, lined with hotels, bars, restaurants and shops.

Located on East Broward Boulevard, in the Port Everglades area, is the official Fort Lauderdale Convention and Tourist Information Center, which is open Monday to Friday throughout the year. In the Progresso Village area, just a few miles to the north, is the County of Broward Convention and Visitors Bureau, standing on East Broward Boulevard, near to the Broward County Historical Commission. 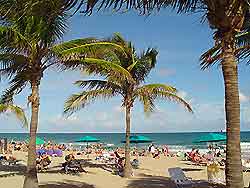 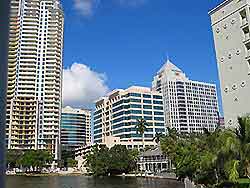 Tourists wishing to sightsee outside of Fort Lauderdale will find numerous day trip possibilities available, a number of which are located along the coastline, such as the extremely popular Hollywood North Beach Park. Many holiday makers therefore favour car rental in Fort Lauderdale, due to the freedom that it provides, driving to nearby attractions such as the Anne Kolb Nature Center, the Sawgrass Recreation Park and the Quiet Waters Park, where cable waterskiing is particularly popular. Also within driving distance is the extremely family friendly Miami Metro Zoo, where cage-free animals enjoy natural and spacious enclosures. Another nearby attraction of note is the Seminole Hard Rock Hotel and Casino, which is close to both Miami and Fort Lauderdale, and boasts gaming tables on a grand scale, as well as a huge water slide and pool which provides endless outdoor fun for younger visitors. More information about Fort Lauderdale Attractions Nearby.

Fort Lauderdale also contains many top museums and the most notable of these include the Museum of Discovery and Science - with more than 200 exhibits and an IMAX theater, providing fascinating information about many aspects of nature and technology; the Fort Lauderdale Historical Museum - overflowing with exhibits about the history of the city; the Museum of Art - showcasing works by famous artists, including Picasso, Calder, Dali and Warhol; and the New River Fine Art Gallery - reputed to be one of Florida's oldest galleries, housing a fine collection of art. More information about Fort Lauderdale Museums and Fort Lauderdale Art Galleries. 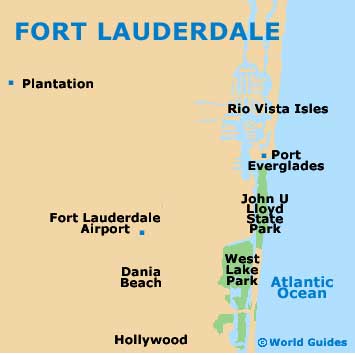