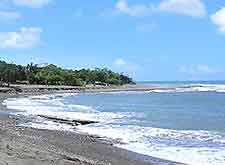 Most visitors tend to head elsewhere to enjoy beaches in Jamaica, taking trips to Montego Bay, Runaway Bay, or Ocho Rios. Whilst Kingston may not really be known for its tropical beaches, there are a number of very decent sandy stretches around the city. No visit to this Jamaican capital should really be considered complete without spending time on a beach or two, and going for a dip in the warm Caribbean Sea.

Just a short distance to the south-west of Kingston are the appealing white-sand beaches of Hellshire and Fort Clarence, the latter of which is where large crowds head at the weekends to enjoy some lively open-air reggae concerts. The Fort Clarence Beach Park lies on the south-easterly side of the Great Salt Pond and comes with good beachfront amenities, including toilets and showers, and a restaurant (usually only open at the weekends). 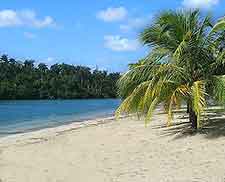 Nearby Fort Clarence is the Fisherman's Beach, where rows of brightly painted huts sell everything from beer and fried fish, to local dumplings named 'festivals'. At the weekend, this spot is a popular party destination, being much quieter during the week.

To the east of Kingston and just 1.5 km / 1 mile to the west of Bull Bay is the Cable Hut Beach, which is highly regarded by local surfers for its rolling waves. 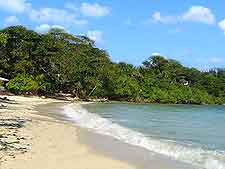 The Jamnesia Surf Camp at Cable Hut Beach is a major focal point in Jamaica when it comes to surfing and offers tuition, accommodation, a camping site, meals and shuttle buses.

Nearby Lime Kay also has some nice beaches, being close to Port Royal and alongside Kingston Harbour's mouth. At Lime Kay Beach you will find plenty of eateries, bars and an unmissable party atmosphere at the weekend.