Madrid is one of the world's great capital cities and the Spanish are cheerful, friendly and generally very helpful. Good manners are welcome everywhere and expected by most people. Madrid is undeniably a major-league cultural and historic city and worth a visit, whatever the time of year. 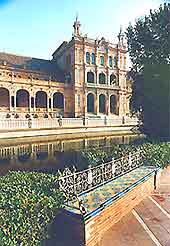 The city's tourist information service has several offices in Madrid and they can supply you with a variety of leaflets, maps and brochures in English, with detailed information about tourist attractions and the various regions in Madrid. The main Municipal Tourist Office can be found at the Plaza Mayor 3 (tel: +34 91 588 1636) and other regional offices are dotted around the city - there is even tourist information available at the Barajas Airport and Chamartín Station.

The biggest threat in Madrid is by bag snatchers and pickpockets. Thieves are very skilled, so be particularly careful with hand baggage. Wear a bag or camera across your body, or even use a concealed money belt.