When it comes to culture and festivals in Spain, Madrid is where it all happens. Spread throughout the course of the year in the Spanish capital are all kinds of events, which start with Three Kings (Cabalgata de Reyes) processions in January, followed by the city's carnival in February and the Semana Santa celebrations of Holy Week, marking the arrival of Easter.

On 15th May, the death of San Isidro Labrador, the patron saint of Madrid, is remembered with a series of live music events and themed activities, while in the month of June, the street parties of San Antonio de la Florida are quite special, as are the festivities related to both the Virgen del Carmen and the Virgen de la Paloma, staged in mid-July and mid-August respectively.

The Plaza de Toros de Las Ventas not only serves as the center for Spanish bullfighting in Madrid, but this bullring also functions as a concert venue attracting the likes of Radiohead and Coldplay in recent years. Of note, the bullring has also been used to stage Spain's Davis Cup tennis tournament. For trade fairs, conferences, conventions and similar things to do, the modern International Convention Center of the City of Madrid (Centro Internacional de Convenciones) is the place to come.

There are approximately fourteen accepted public holidays in Spain, which can be acknowledged on either a local or national basis. Listed below are those dates observed in Madrid.

A variety of occasions are detailed for a taste of what Madrid has to offer. However, the already busy social calendar of the city is continually being added to. 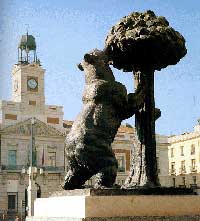 Listed are some of the notable events in the region, for further local fiestas ask the tourist office.