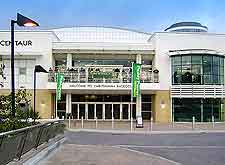 The sightseeing scene in Cheltenham is very well developed, with tourist attractions ranging from public parks and gardens, to historical buildings and shopping complexes. However, for many tourists, the main attraction is the Cheltenham Racecourse. One of England's top courses, the racecourse is home to an interesting Hall of Fame, where much memorabilia and history is on display.

The Pittville Pump Room is another of Cheltenham's leading tourist attractions and was completed in 1830 as a spa and social venue for local entrepreneur, Joseph Pitt. For further places of interest, pay a visit to the Montpellier District, catch a show at the Everyman Theatre, or head to the neighbouring Lodge Park, within the Sherborne Estate. 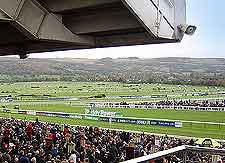 Address: Cheltenham, England, UK
Situated on the northerly outskirts of the town and within the suburban Prestbury Park, the Cheltenham Racecourse has long been a premier attraction for fans of horse racing in Gloucestershire. It is at this racecourse where the town's famous 'National Hunt' racing is staged each year as part of the Cheltenham Festival celebrations in March. This epic racing event sees horses jumping over obstacles along the route, with huge prize money at stake, while other noteworthy racing attractions include the Gold Cup, the Champion Hurdle, the Queen Mother Champion Chase, the Festival Trophy and the Cotswold Chase.
Open hours: seasonal variations
Admission: charge for racing events 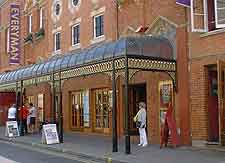 Address: Regent Street, Cheltenham, England, UK
Tel: +44 01242 572 573
The Everyman Theatre is to be found within Cheltenham town centre and just behind the Cavendish House department store, being alongside the Regents Arcade Shopping Centre. Comedy, musical and theatrical attractions are staged here throughout the year. Opened in 1891 as the New Theatre and Opera House, the stage of the Everyman Theatre has been graced by many famous actors over the years, including none other than Charlie Chaplin, amongst others. Since it first opened its door, the theatre has seen innumerable changes and almost closed in 1959, although is currently once again enjoying healthy audience numbers.
Open hours: hours vary according to programme
Admission: charge 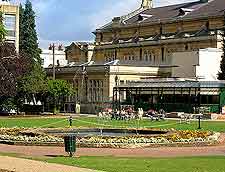 Address: Imperial Square, Cheltenham, England, UK
Lying in the centre of Cheltenham and next to the Town Hall, the Imperial Gardens are flanked by a series of Georgian houses and located on the easterly side of the Promenade, offering a beautiful green space near to the shops. The town itself has been a winner of the prestigious Britain in Bloom competition on a number of occasions, and as the summer begins to warm up, the floral displays on literally thousands of bedding plants soon peak. Originally created almost 200 years ago for the Sherborne Spa, the Imperial Gardens of today were re-landscaped in the late 1940s and often play host to outdoor exhibitions of art works.
Open hours: daily
Admission: free 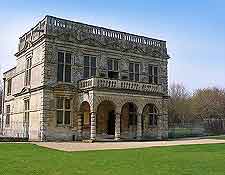 Address: Lodge Park, Aldsworth, Nr Cheltenham, England, UK
Tel: +44 01451 844 130
Just a 20-minute drive from Cheltenham, the Lodge Park and Sherborne Estate covers a vast area of some 4,000 acres / 1,620 hectares of rolling Cotswold countryside. Now owned and managed by the National Trust, Lodge Park serves as a notable venue for weddings and other events, and is home to the country's only remaining deer course and grandstand. On site, the grand house contains a small National Trust shop, as well as a cafe serving refreshments and featuring views across the park.
Open hours: daily
Admission: free 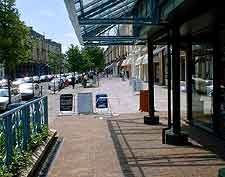 Address: Cheltenham, England, UK
The Montpellier District is a lively part of the town and filled with B&Bs, similar accommodation, shops and eateries, which are very much focused around the historic Green Rotunda building of the past spa. Situated on the south-westerly side of central Cheltenham, the crowning glory of this neighbourhood is the Montpellier Gardens, where the extremely popular Montpellier Walk can be found, along with numerous mature lime trees, stone statues and seating.
Open hours: daily
Admission: free 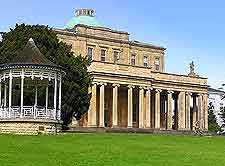 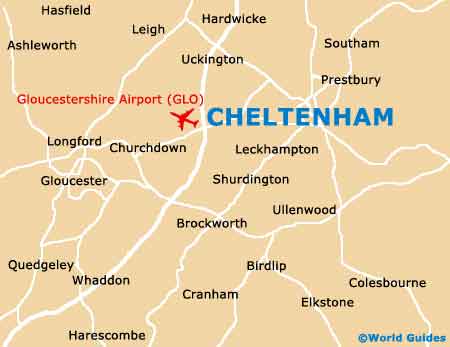