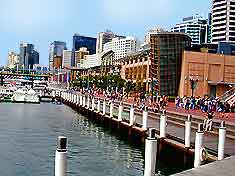 The impressive shopping strips in Sydney are comparable to some of the best in the world and contain many major high-street names, department stores and independent retail outlets. Home to all of the biggest names in fashion and jewellery, Sydney has a number of major shopping malls and pedestrianised districts where you can find a world-class selection of stores.

Ranging from designer labels to Aboriginal art galleries, antiques stores to gift shops, shops are extremely varied and very popular, with locals and visitors to the Sydney area. Shopping has become a major pastime with Australian residents and many of the locals regard retail therapy as something of a recreational activity. 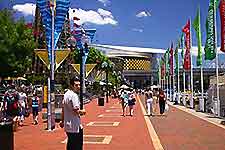 Vintage clothes can be found lining King Street in the Newtown district and Crown Street within the Surry Hills area. One of the largest concentrations of antiques shops in Sydney is situated in Woollahra's Queen Street, where you will find an enormous range of interesting antiques and furniture stores. Other popular shopping areas include the Eastern Beaches district, with a number of top sports shops, selling surfing-related items and swimwear, and Double Bay, where many luxury shops sell some outstanding gifts. 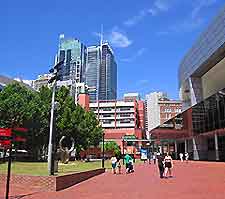 Most shops in Sydney are open from 09:30 to 18:00 Monday to Wednesday, Friday and Saturday, and until 21:00 on Thursday. Sunday trading is becoming increasingly popular, but opening hours are generally shorter than the rest of the week, with shops open until around 16:00 or 17:00. 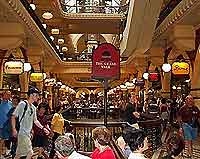