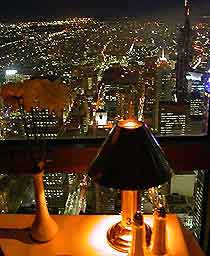 Sydney has an enormous and diverse selection of restaurants, dining establishments and eateries located throughout the city. Serving cuisine from all around the world, Sydney's restaurants are generally very reasonably priced, with excellent facilities. Many also have outside seating areas, with scenic views of the breathtaking oceanfront.

Popular areas for dining in Sydney include Darling Harbour - home to a large food court and a number of stylish restaurants; the Rocks - with many friendly pubs and cafés; Oxford Street - with a large concentration of popular and highly regarded eateries; the Kings Cross district - full of numerous fast-food outlets; Darlinghurst - with a wealth of cafés lining Victoria Street and Stanley Street, and the Newtown area - full of trendy and lively bars. 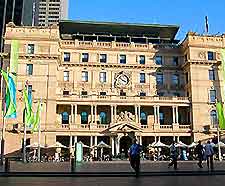 For some of the most authentic and tasty Chinese and Cantonese food in Sydney, look no further than the city's impressive Chinatown district, around Dixon Street, where you will find a large number of Chinese, Vietnamese, Japanese and Korean restaurants. The coastal resorts of Bondi and Coogee offer some of the most relaxing and lively restaurants, many of which are located next to the beach. Most eateries in Sydney take reservations for both lunch and dinner, so it is often worth calling in advance to ensure a seat.

Local restaurants and cafés usually open throughout the week, with many serving food between 07:00 to 22:00 or later. Sunday and Monday nights are the most common closing days for those venues choosing not open seven days a week. Most open for lunch and dinner, while the numerous cafés and patisseries are best for breakfast.

Outside many restaurants you will find the letters 'B.Y.O.' or 'B.Y.O. Only', which indicates that the establishment allows you to bring your own beverage. Eateries in the Sydney and New South Wales area are required to have a licence to sell alcohol, but are able to serve it if you bring it with you when you dine. Even most of the licensed dining venues will let you bring your own beverages, although there may be a corkage charge. 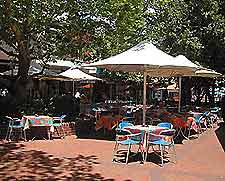 Wine lists are almost completely comprised of Australian wines only. Throughout the world, Australian wines are recognised as being some of the most consistently high-quality wines. Some of the largest restaurants in Sydney may also serve wine from other countries, as will a number that specialise in regional cuisine.

Breakfast is widely considered to be one of the most important meals of the day and has become an increasingly important social event, particularly at restaurants in the Darlinghurst and Potts Point areas of Sydney. Starting around 06:00, breakfast is usually served until 11:00, although many cafés and eateries serve all-day breakfasts, especially during the weekends.

Lunch in Sydney can vary greatly, from an extravagant business lunch in a trendy restaurant within the Central Business District, to a quick sandwich, or 'sanger', purchased at one of the city's numerous sandwich bars. Generally taken between 12:00 to 14:00, lunch options also include numerous fast-food outlets, such burger bars, Aussie fish and chips, pizza takeaways and barbecued food.

The extremely mild climate in Sydney makes this city ideal for dining outside, day or night. Many restaurants have outside seating of some kind, whether it is just a balcony area or a large group of tables, possibly with scenic views of the Harbour Bridge or the Opera House. Other restaurants are so open in design, with large windows, that it almost feels like you are sitting outside. When making a reservation it is likely that you will be asked whether you would like to sit inside or out.

Dinner is an important, social event in Sydney and many locals regularly dine out for dinner, anytime between 18:00 to 22:00. Evening dining ranges from fairly inexpensive bar food snacks to the most luxurious meals, in gourmet restaurants with luxurious surroundings.