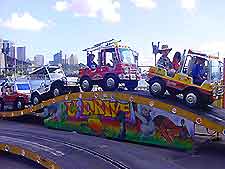 There is always something going on in Sydney and if you are visiting as a family, then many attractions suitable for children can easily be located. Animals are always likely to be a big hit and these are in good supply at Taronga Zoo, while for something altogether more fishy, both the Sydney Aquarium and Oceanworld Manly make for a reliable day out.

Founded as long ago as 1845, the Australian Museum is actually the oldest in the whole of Australia and comes with many interesting regional artefacts and fossils, offering a chance to learn all about some of the country's extinct animals. At the Australian National Maritime Museum, a lengthy nautical history awaits, along with the chance to learn about life onboard the HMAS Onslow submarine and various historic sailing ships.

Address: 6 College Street, Sydney, New South Wales (NSW), 2000, Australia
Tel: +61 (0)2 9320 6000
The Australian Museum resides within the Central Business District, where it is a vast natural history museum, full of exciting hands-on exhibits and lively displays. Attractions of particular interest for children include dinosaur and evolution displays, Aboriginal exhibits, geology collections and a number of fun activities during the holidays, such as dressing-up in period costumes.
Open hours: daily - 09:30 to 17:00
Admission: charge, discounts available for children, families and seniors 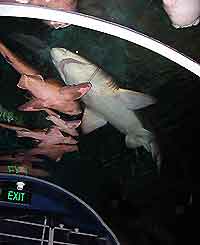 Address: 1 - 5 Wheat Road, Darling Harbour, Sydney, New South Wales (NSW), 2000, Australia
Tel: +61 (0)2 8251 7800
The Sydney Aquarium can be found close to the eastern end of Pyrmont Bridge, on the easterly side of Darling Harbour. Home to enormous aquariums housing many thousands of Australian marine creatures, this oceanarium is divided into three separate areas moored in the harbour, one with sharks and large fish, while typical marine life and seals are kept in the others. There are also crocodiles and coral reef displays, as well as a visitor's centre and a popular gift shop.
Open hours: daily - 09:00 to 22:00
Admission: charge, discounts available for children, students and seniors, children three years old and under are free

Address: West Esplanade, Manly, Sydney, New South Wales (NSW), 2095, Australia
Tel: +61 (0)2 8251 7877
Oceanworld is situated within the north-easterly suburb of Manly, in the Northern Beaches district. Close to the wharf, Oceanworld is a highly regarded aquarium attraction and houses an enormous collection of marine life. Visitors will find large sharks, huge stingrays, turtles, coral reefs, a glass tunnel and feeding displays. There is also a touch pool area designed with youngsters in mind. Those feeling brave may even like to consider the Shark Dive Xtreme experience, where you can scuba dive in the main tank for up to 30 minutes, swimming amongst the sharks, rays and turtles.
Open hours: daily - 10:00 to 17:30
Admission: charge, discounts available for children and seniors 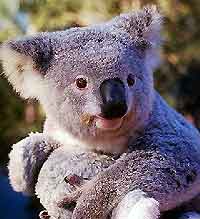 Address: Bradley's Head Road, Mosman, Sydney, New South Wales (NSW), 2088, Australia
Tel: +61 (0)2 9969 2777
Located in the Lower North Shore, close to Port Jackson and Ashton Park, Taronga Zoo is a hugely popular family attraction. Covering more than 30 hectares / 75 acres, the zoo is best reached via the regular ferries from Circular Quay and its harbourfront setting is amongst the most impressive locations of any zoological garden on the planet. Taronga dates back to 1916 and has an enormous number of animals, all housed in large landscaped enclosures. Highlights include over 2,000 endangered creatures, kangaroos, koalas, a platypus habitat, performing seals, Sumatran tigers, red pandas, orang-utans, snow leopards, Asian elephants, a walkthrough rainforest aviary, a gondola lift boasting spectacular views of the waterfront, and an unusual 'roar and snore' sleep-over programme.
Open hours: daily - 09:00 to 17:00
Admission: charge, discounts available for children, students and seniors, children four years old and under are free

Address: Puppet Cottage, Kendall Lane, The Rocks, Sydney, New South Wales (NSW), 2000, Australia
Tel: +61 (0)2 9255 1788
Close to the Barney and Bligh Reserve, Foundation Park and Cadmans Cottage, the Rocks Puppet Theatre can be found nearby Circular Quay and features regular puppet shows for young children. The theatre is particularly busy during school holidays and so booking in advance may be advisable at times.
Open hours: Saturday and Sunday - 11:00, 12.30 and 14:00
Admission: charge, discounts available for children