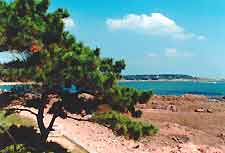 The ancient fishing village of Dalian only recently emerged as an important port of call for trade when the Qing Dynasty put it on the map in the 1880s, in an effort to defend themselves against Western invaders.

After swinging between several nations during a tumultuous period in Dalian's modern history, this globally connected city has emerged as one of Liaoning province's main financial bases. It's also one of North-East Asia's largest and busiest international shipping hubs.

Dalian sits at a location in north-eastern China that has always put it right in the middle of power struggles, expansion and trade. It first rose to prominence during the Qin and Han eras (221 BC to 220 AD), particularly in the latter period when the Han Dynasty moved through the area into northern Korea to conquer the peninsula.


From the 3rd to the 5th century, China divided itself into the Sixteen Kingdoms and Dalian fell under the rule of the Kingdom of Goguryeo. However, it wasn't until the 1880s, under the Qing, that the seaport really came into its own.

The government built fortifications along the northern coast of Dalian Bay, near today's city centre, and called itself Qingniwa. The Qing rulers used the walled town and its port as one of its main centres of economic and political activity during this period in local history. 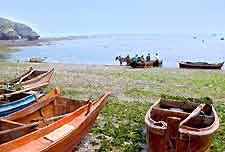 The British had been looking for a foothold into China for years when they finally succeeded in occupying Qingniwa in 1858. The ruling Qing knew this was coming and had built up Dalian's maritime defences, mainly to protect China against a British invasion. The Qing saw Dalian as the gateway to Beijing and knew if they lost control of this strategic seaport, they would likely lose their empire as well.

The Chinese regained control of Qingniwa in the 1880s, but then lost it again to Japan in 1895 during the First Sino-Japanese War (1894 to 1895). The entire region of the eastern Liaodong Peninsula was conquered by the Japanese, but they only held it for a brief period in Dalian history before losing it to the Qing once more. Tsarist Russia was next to take a shot at Dalian, when it leased it from the Chinese in 1898.

That same year, the Russians began work on building Dalian harbour, an event that is generally considered to be the birth of modern Dalian as we know it. A complete city known as Dalny was laid out around the port and linked to the Trans-Siberian Railway by a special branch line. It quickly emerged as Russia's main port in Asia. In fact, the Russians are largely responsible for building the entire city. 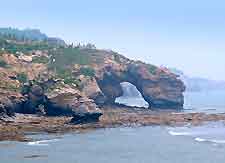 The city eventually passed back into Chinese hands, and by the 1950s it was amongst China's main shipbuilding ports. Today, it continues as one of the country's principal international harbours and enjoys a thriving tourism and industrial sector.