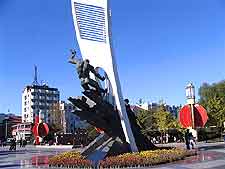 Attractions close to Dalian are both interesting and rather diverse, with the busy city of Dandong containing plenty of interesting sights and recreational activities. Shenyang is a large city with a population of more than 3.5 million and is also in relatively close proximity to Dalian, with a number of attractions, temples and landscaped gardens.

Particularly popular with tourists visiting Dalian is a trip to the nearby Benxi Water Caves, where many underwater attractions await and can be viewed on an usual boat ride.

Bordering both the Liaoning province and North Korea, Dandong is a large city with a population of more than 600,000 people and within easy reach of Dalian. Amongst Dandong's main attractions are boat cruises, the Museum to Commemorate US Aggression, Yalujiang Park and its riverfront setting, and the easterly Tiger Mountain stretch of China's Great Wall, which is nearby, around 25 km / 16 miles to the north-east. 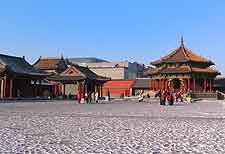 The bustling metropolis that is Shenyang may at first appear a little overwhelming, yet amidst its modern high-rise buildings and sprawl, you will find many appealing attractions which warrant a closer look. Within easy reach of Dalian, Shenyang's North Tomb on Taishan Lu is especially popular and extremely grand, taking around eight years to construct. Other attractions include the Imperial Palace, the North Pagoda, the Mao Zedong Statue, the pagoda of Buddhist Ashes and also the Shenyang Botanical Gardens. 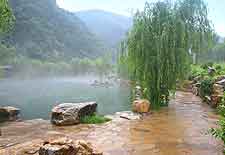 Located on the south-eastern side of Shenyang and directly north of Dalian, the Benxi Water Caves can be found 30 km / 19 miles to the east of the city of Benxi. Famous for their huge stalagmites and stalactites, attractions at the Benxi Water Caves include a boat trip through the caves, which lasts roughly 45 minutes and takes in some breathtaking sights and illuminated structures along the route, such as the 'Tiger's Mouth' and 'Seal Playing with a Pearl' rock formations.
Open hours: daily - 08:00 to 17:00
Admission: charge