Perth is the sports capital of Western Australia and is home to a number of the country's premier sports stadiums. Also named the Patersons Stadium, the Subiaco Oval lies just under ten minutes to the west of the city centre and is capable of accommodating more than 43,000 seated spectators, with standing room for many more when major rock concerts are staged here.

The Perth Oval is another major stadium, with a capacity topping 20,000, and is the home ground for the Perth Glory Football Club, who regularly compete in the Australasian A-League for pro soccer teams. Located just 7 km / 4 miles to the east of the city centre, Lathlain Park (Brownes Stadium) can also seat 20,000 people and functions as a prominent ground for Australian rules football. A new addition to the family of sports venues in the city is the rather contemporary Perth Arena, which arrived in 2012 and cost some NZ$550 million to build, being used for a host of indoor activities, such as tennis, netball and basketball, with the renowned Wildcats often playing here, in the National Basketball League. 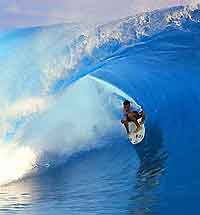 Perth is home to many superb beaches with excellent waves, making this one of the most popular locations in Western Australia and the world for surfing, particularly during the winter months. Nearby Rottnest Island is the highlight for surfers and some of the best locations around Rottnest include Bullets, Cathedral Rock, Chicken Reef, Rotto Box, Salmon Bay and Strickland Bay. Other popular spots for surfing in and around Perth include Grabbers, Hollow Night, Isolator, Little Island, North Beach, Scarborough, Swanbourne Beach, the Cove and Trigg Beach.

Soccer is without doubt one of the city's premier spectator sports, with a regional semi-professional league being in place. The main team is the Perth Glory soccer club, who regularly play football matches at the Perth Oval stadium. The football season in Australia falls between the autumn and winter, from March to September. 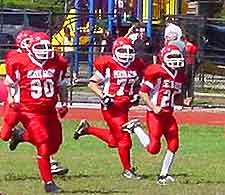 Australian Rules Football is managed by the Australian Football League (AFL) and Perth has two main local teams - the Fremantle Dockers and the West Coast Eagles. Regular games are played at the Subiaco Oval, amongst other stadiums and venues.

Both Rugby Union and Rugby League have a strong following in Western Australia. The Western Reds regularly play matches in the Australian Rugby League, while the Western Force is a rugby union team based at the Subiaco Oval in Perth's Subiaco district, competing in many competitions. 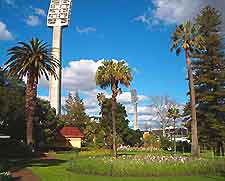 Tel: +61 (0)8 9265 7222
The grounds of the Western Australia Cricket Association (WACA) are situated in Nelson Crescent, on the eastern side of Perth and next to Gloucester Park. This is the main venue for cricket and regularly hosts important local matches and international test matches. Of note, the Australian cricket season runs from October until March.

Tel: +61 (0)8 9388 4755
The highlight of the tennis year in Perth is the Hyundai Hopman Cup, which was held at the Burswood Dome since 1989 and from 2012 now takes place at the Perth Arena, during the beginning of January. This popular tennis championship also goes by the name of the ITF World Mixed Team Championships and attracts some of the best players in the world, serving as a prelude to the Australian Open tennis competition, which is held in Melbourne. There are also numerous public tennis courts located throughout the city's larger parks.

There are plenty of sports centres scattered around Perth, offering much fitness equipment and gyms. Popular choices include:

Horse racing is a popular sport in Perth and the main racecourses are the riverside courses of Ascot and Belmont Park, just minutes from central Perth. These are managed by the Western Australian Turf Club, which has more than 150 years of horse-racing experience in the Perth area. The Warwick Farm Racecourse is also of note and situated on the Hume Highway in the Greater West area. 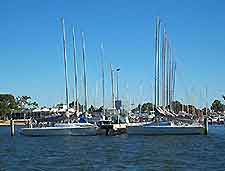 Yachting is a major pastime and at the weekend, large numbers of yachts sail around the city's picturesque harbours and bays, many of which are extremely large and impressive. The yachting season in Perth is from October to April and many championship yachting events are held on the Swan's Melville Water.

There are a number of sailing, canoeing and kayaking schools in the Perth area, suiting experienced and novice sailors alike. With inexpensive introductory lessons, sailing is a particularly enjoyable way to tour the Swan River and surrounding bays.

Perth is home to some of the most exciting and daring extreme sports and outdoor activities possible, and these include mountaineering, abseiling, caving, skydiving, jet skiing, bungee jumping, white water rafting, ballooning and speed racing. Here are just a few of the more extreme sports available: