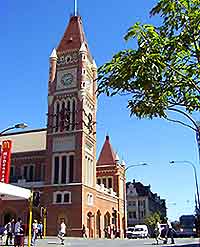 The main city in the remote western region of Australia is Perth, boasting a history rich in Aboriginal lore and modern natural resource prosperity. From its inception in 1829, Perth has grown more rapidly than the average Australian city, thanks to its bounty of mineral wealth.

For perhaps as many as 40,000 years the Aboriginal Whadjuk Noongar people have lived around Perth. They call this place Boorloo, part of the larger Mooro territory inhabited by a dozen or more tribes, who all belong to the Noongar socio-linguistic group. The Swan Coastal Plain and its rich wetlands have always been important to the Noongar for food, as well as for spiritual beliefs.

In response to the perceived threat of French expansionism in Australia, British soldiers established a fort on the south-western coast in 1826. By 1829, British colonists arrived to start their new life at the Swan River colony. Each year, 4th June commemorates this date with the Foundation Day public holiday.

From the start, the indigenous Noongar people clashed with the European colonists over land use. From 1831 until their leader Yellagonga died in 1843, the settlement was a frequent scene of fighting. The British defeated the Aboriginals in a series of events, including the 1834 Battle of Pinjarra and the execution of the Whadjuk elder named Midgegooroo a year earlier. By 1843, having been dispossessed of all their traditional lands, the Noongar retreated to a single area north of the colony, named Boodjamooling. 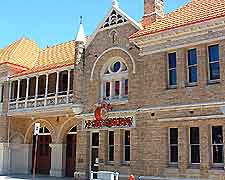 Convicts to the Rescue

Things were so difficult for the early settlers at Swan River that they petitioned the British government to set up penal colonies around Perth. Western Australia was designated a penal colony in 1850, receiving more than 9,000 convicts through to 1868. The convicts were used for manual labour and built many of the important architectural sites of early Perth.

The surrounding sandy land was never suitable for agriculture, so it wasn't until gold was discovered in both the Coolgardie and the Kalgoorlie regions in the 1890s that the history of Perth picked up steam. During this boom period, the city's population quickly tripled and railway lines were built to the town. Electric trams began running in 1899, following the opening of the Perth Zoo a year earlier.

Reaching out to the World

Natural resources continued to influence the history of Perth right through into modern times. Most recently, natural gas and iron ore have been fuelling the local economy, although tourism has also emerged as an important component of the economy in Perth. When American astronaut John Glenn passed over the city in his spaceship (the Friendship 7) in 1962, the city turned on all its lights for his passing, earning it the nickname 'City of Lights'.

Also in 1962, Perth hosted the Commonwealth Games, an event that really helped to put the city on the map in the world's eyes. Since then, the city has attracted an increasing number of annual visitors who come to experience the wild natural beauty of Western Australia, along with the burgeoning chic scene of Perth's cool cafés, bars and shops.