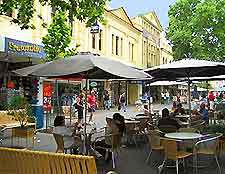 There are an enormous and quite diverse selection of restaurants and eateries located throughout Perth, serving cuisine from all around the world. Restaurants in Perth are generally very reasonably priced, with excellent facilities. Many of Perth's restaurants also have outside 'alfresco' seating areas, with scenic views of Perth and the breathtaking Swan River and oceanfront. 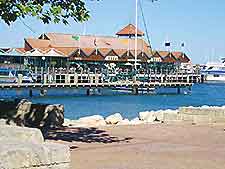 The majority of Perth's restaurants are located in and around central Perth. Popular areas for dining in Perth include Marine Parade - with great views of the waterfront day and night, Hillarys Boat Harbour - located on the Oceanside jetty, Perth's Crawley district - with riverside locations next to the University of Western Australia (UWA), Kings Park - with panoramic views of Perth and the river, James Street - with a large food hall filled with Asian cuisine, and William Street - full of affordable Perth restaurants. One of the most unusual restaurants in Perth is the C-Restaurant Lounge, in St. Martin's Tower on St. Georges Street. This is a revolving restaurant and shows all of Perth city, with spectacular panoramic views, and slowly revolves completely every 85 minutes. 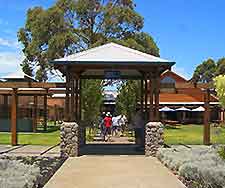 For some of the most authentic and tasty Chinese and Cantonese food in Perth, look no further than Perth's impressive Chinatown district, in the lively Northbridge area of Perth, where you will find a large number of Chinese, Vietnamese, Japanese and Korean restaurants. Perth's coastal resorts along the famous Sunset Coast also offer some of the most relaxing and lively restaurants, many of which are located next to the beach. Most restaurants in Perth take reservations for both lunch and dinner, so it is advisable to book in advance to ensure a seat.

Restaurants and cafés usually open throughout the week in Perth and Western Australia, with many serving food from 07:00 to 22:00 or later. Sunday and Monday nights are the most common closing days for those Perth restaurants not open every day. Most of Perth's restaurants open for lunch and dinner, while Perth's numerous street cafés and coffee shops are the most popular venues for breakfast in Perth city centre.

Breakfast in Perth is widely considered to be one of the most important meals of the day and breakfast has become an increasingly important social event. This is particularly so at restaurants in the lively Cottesloe and Swanbourne coastal areas of Perth. Starting around 06:00, breakfast in Perth is usually served until 11:00, although many restaurants, cafés and eateries in Perth do serve all-day breakfasts, especially during the weekends.

Lunchtime in Perth and Western Australia can vary greatly, ranging from a gourmet business lunch in a fashionable restaurant in Perth's Central Business District, to a freshly made sandwich, or 'sanger', purchased at one of Perth's numerous, convenient sandwich bars. Lunch is generally eaten between 12:00 to 14:00, Perth is also home to countless fast-food restaurants and outlets, including burger bars, Aussie fish and chips, pizza takeaways and barbecued food.

The extremely mild and pleasant climate in Perth makes this city ideal for dining 'alfresco', during the day or night. Many restaurants in Perth have outside seating of some kind, whether it is just a simple balcony area or a large group of tables with scenic views of Perth or the waterfront. Other restaurants in Perth and Western Australia are so open in design, with large floor-to-ceiling windows, that it almost feels like you are sitting outside. When making a reservation at restaurants in Perth you will often be asked whether you would like to sit inside or out.

Dinner is an important and very social event in Perth. Many locals in the Perth area regularly dine out for dinner, anytime between 18:00 to 22:00, and eating out is one of the most popular leisure activities in Perth. Perth is home to such a large selection of restaurants, brasseries and bistros to choose from that you are almost spoilt for choice. Dinner in Perth restaurants range from fairly inexpensive bar food snacks to the most luxurious meals, in gourmet restaurants with luxurious surrounding.