Thailand's most affluent and popular island, Phuket lies to the south-west and is one of the country's southern provinces. Close to mainland Thailand, Phuket is surrounded by the Andaman Sea and comprises a fairly mountainous terrain, densely forested areas and some coconut plantations.

The western coast of Phuket is home to many exceptional sandy beaches, while those on the eastern coast tend to be less sandy and at times a little muddy. For a great place to view the sunset, many people gather on the southern side of Phuket, around Brahma's Cape, where the views are truly spectacular.

Phuket International Airport can be found on the northern side of the island and serves a large range of airlines, both from Thailand and further afield. The airport is especially close to both Mai Khao Beach and also Nai Yang Beach.

The island of Phuket is relatively easy to travel around, although a good map is also a sensible investment. Patong Beach is amongst Phuket's most popular resorts and lies along the south-western side of the island, close to Kamala Beach, Karon Beach, Kata Beach and Kata Noi Beach. Nearby and on the south-eastern coastline, Phuket City is the capital and is also full of interest, being home to a population of around 60,000 inhabitants. On the southern side of Phuket you will discover a group of coral islands, known as the Similan Islands and also the Phi Phi Islands, where the scuba diving conditions are renowned. 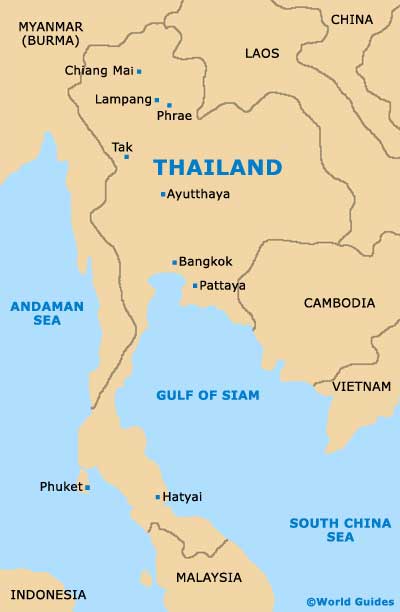