Getting Around, Jaipur Travel, Transport and Car Rental 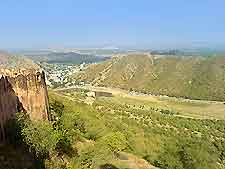 The transport infrastructure within Jaipur is well developed and many people choose to travel into the city using long-haul bus transport from other nearby Indian cities, such as New Delhi. Jaipur also features its own airport, which lies close to the city centre and offers a mixture of both domestic and international airlines.

Within Jaipur, the city's main train station offers plenty of intercity transport, allowing you to travel to many parts of India with relative ease. Within central Jaipur itself, both auto rickshaws and taxi transport are easy to find, although many tourists prefer walking, particularly around the colourful bazaar areas. 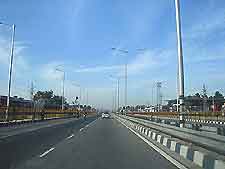 Renting a car in Jaipur allows to the freedom to travel when and where you want, with a number of car rental transport agencies located at both the airport and within the city itself. Central Jaipur is best avoided during peak times, when it becomes especially chaotic. Those looking to travel outside of Jaipur will find its central setting within the state extremely useful, with Delhi being linked by National Highway 8 and 11. Hiring a car complete with its own driver is becoming an increasingly popular way to travel in Jaipur. 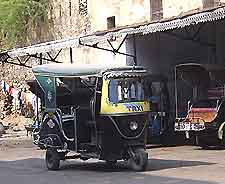 Three-wheeler auto rickshaws are a popular method of transport throughout India's main cities and Jaipur is no exception and many are used for sightseeing purposes. Prepaid auto rickshaw stands are to be found at the train and bus stations, along with cycle rickshaws, which are a cheaper way to travel and great for short distances.

Train transport is an increasingly convenient way to travel into Jaipur, with regular trains arriving from many prominent cities, such as Agra, Bangalore, Chennai, Mumbai, Mysore and New Delhi. The Jaipur Train Station lies on the western side of the city, next to the Kabir Marg, Jacob Road and Palace Road, and just a short distance to the north of the Bais Godam Train Station. Jaipur's efficient and helpful railway reservation service is located next to the exit of this train station, being open Monday through Sunday and used for advance reservations only. Those looking for same day travel from Jaipur can purchase tickets inside the train station itself.