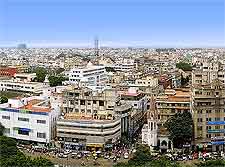 While it may not be an outright tourism destination, Chennai remains one of India's most personable cities, being formerly known as Madras and home of the popular curry. Economic success has fostered a crowd of amicable locals, who are glad to be living in one of India's most dynamic metropolises.

Outside of the monsoon rains, Chennai can be an extremely hot and sunny Indian city, meaning that air-conditioned rooms are a must. Tourist information offices are found at the Central and Egmore railway stations, the airport and several other sites around the city. The best include the Indian Tourism Development Corporation on Victoria Crescent, Indiatourism on the Anna Salai, and the Tamil Nadu Tourism Complex on Wallajah Road. Stop by any of these to pick up frequently updated 'City Info' guides and information about the unique connection between Chennai and 1st-century Christianity. 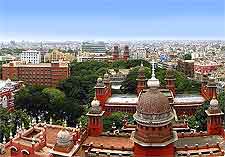 One of the biggest draws of Chennai is its coastal setting, alongside the Bay of Bengal. A number of beaches are just a short distance from the city and offer a pleasant getaway from city life. Marina Beach is one of the best and this giant expanse runs from the 17th-century Fort St. George, southerly to Besant Nagar, and is lined with a promenade, fish markets, kiosks and various merchants, as well as a number of statues depicting Indian heroes such as Gandhi, Thiruvalluvar and also Kannagi. Both Breezy Beach and Elliot's Beach are also of note, being good places to enjoy a picnic, sunset or simply some quality family time. More information about Chennai Beaches. 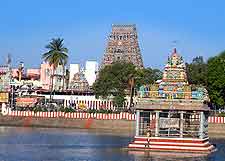 If you have come to Chennai with sightseeing in mind, then there are certainly some tourist attractions worth searching out. The Guindy National Park contains much indigenous wildlife and is part of the official governor's residence, whilst also being home to the Guindy Snake Park and its giant pythons. At the riverside Theosophical Society complex, a mosque, Hindu temple and prominent Buddhist monument offer a pleasant retreat. If you are here to learn more about the famous Indian film studios of Chennai, then a trip to the AVM Studios on Arcot Road will be in order. Alternatively, you may like to check out a cricket match at the M. A. Chidambaram Stadium or a game of football at the Jawaharlal Nehru Stadium, or simply spend time shopping at the Theagaraya and George Town markets. More information about Chennai Tourist Attractions. 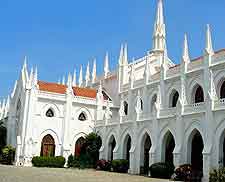 Chennai actually began its life some 500 years ago, when it was little more than a small collection of villages. Today, the city has grown to become the fourth-biggest in the whole of India, and despite its size, Chennai has managed to retain a number of important landmarks from the past. Some of the oldest and most important include the Kapaleeshwarar Temple, the Ramakrishna Mutt Temple and the San Thome Cathedral. A little more modern is the Madras High Court, which was built in the 1980s and stands alongside the City Bus Stand, between the Beach Train Station and the Fort Hill Temple. On the southerly outskirts of the city is the Little Mount and the St. Thomas Mount, both of which have interesting tales to tell about Thomas the Apostle (Doubting Thomas). More information about Chennai Landmarks and Monuments. 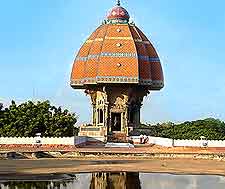 The city of Chennai offers a unique cultural heritage, being renowned for its artists, artisans and Indian philosophers. Located in the grounds of the coastal Fort St. George and within the Exchange Building is the Fort Museum, which remembers the days of British colonial times and comes with much militaria. Situated in the Pantheon Complex and within the Egmore suburb, the Government Museum displays a wealth of archaeological information, and is also home to the National Art Gallery and its themed exhibits, which comprise traditional Indian art works, decorative art, Tanjore paintings from the Maratha period, and modern Indian art created by Raja Ravi Varma in the late 19th century. More information about Chennai Museums. 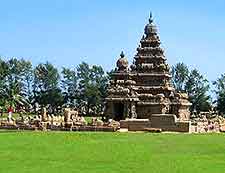 With Chennai being such a huge city, it has developed many interesting suburbs and outlying attractions. At around 30 minutes to the south of the city, the MGM Dizzee World serves as a popular day trip destination for families, being a notable amusement park packed with exciting rides and even a seasonal 'snow experience'. Another neighbouring theme park is the VGP Golden Beach, which combines landscaped gardens and funfair-type attractions, along with a sandy stretch of beachfront. At comfortably less than an hour's drive from Chennai and to the south-west, the Kingdom of Fun (Kishkinta) ranks amongst India's biggest theme parks and features everything from exciting water slides and roller coasters, to a boating lake and 3D theatre. Other possible day trips include the Vedanthangal Bird Sanctuary, the temple city of Kanchipuram, and the Crocodile Bank park and its daily crocodile shows. More information about Chennai Attractions Nearby. 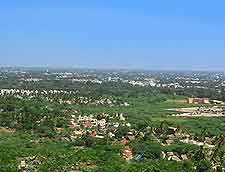 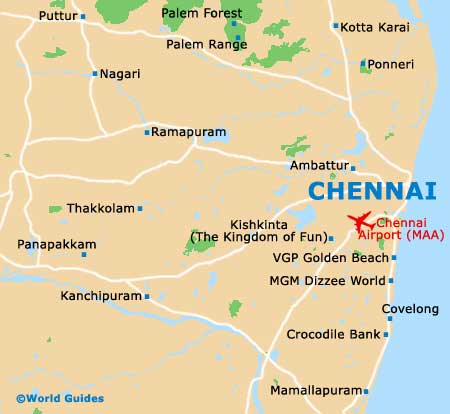