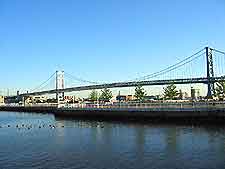 The history of Philadelphia is long and fruitful. The first Europeans to settle in the Delaware River Valley were Swedes and Dutch, who began arriving in the 1620s.

Of note, the Dutch soon named the area New Netherland. However, the colony was conquered in 1664 and subsequently controlled by the British.

William Penn was the first to survey the land along the Delaware River and subsequently plan the city of Philadelphia. He derived the city's name from the Greek for 'brotherly love'. William Penn's Landing Site is marked in modern Philadelphia with an important local monument. The Independence Seaport Museum is situated on the nearby South Columbus Boulevard, where it covers the maritime history of the city.


The settlement attracted many immigrants and freed slaves, as Penn's idea was to develop a prejudice-free town where citizens could worship freely. By 1701, Philadelphia became a city through the Pennsylvania Charter of Privileges. The Washington, Franklin, Logan and City Hall squares were the first public plazas to be developed by Penn and these popular spots are still visited by thousands every day.

The first half of the 1800s saw the city develop its trade industry. However, violence was common between religious and ethnic groups, and a poorly run government led to sanitation, crime, and infrastructure problems. These problems plagued much of the 19th-century history of Philadelphia. Nevertheless, famed statesman Benjamin Franklin helped to turn things around. The first hospital in the American colonies was built here in 1752, the College of Philadelphia (today the University of Pennsylvania) opened in 1755, and postal routes to outlying cities within the colonies improved under Franklin, who was governor of Pennsylvania from 1785 to 1788.

Role in the American Revolution

Due to its important strategic location along the North American eastern seaboard, Philadelphia became a key city around the time of the American Revolution. It was home of the First Continental Congress in 1774 and the Second Continental Congress in 1775, which adopted the Declaration of Independence in 1776. Many bloody battles also occurred around the region during the Revolutionary War.

After America won freedom from the British, Philadelphia became the temporary national capital between 1790 and 1800 (while Washington DC, was being constructed). Visitors may like to check out the Independence National Historic Park to see famous 19th-century sights like the Liberty Bell, Independence Hall and Congress Hall.

After losing its national capital status, the city surprisingly saw a boom in its economy. The port became busier than ever before, as national and foreign trade alike increased, and new infrastructure continued to be built. More industries were lured to the city through the Philadelphia Navy Yard and the First Bank of the United States.

With the booming economy came an increase in riots, crime, gang warfare and corruption, with reforms to improve public safety running well into the 20th century. Philadelphia became an important arms and uniform manufacturing center during the Civil War (1861 to 1865). The Civil War and Underground Railroad Museum boasts comprehensive information about the city's involvement in the Civil War. 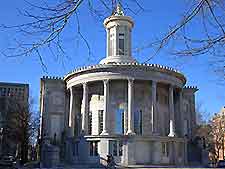 Throughout its 19th-century history, Philadelphia had a reputation as a struggling city, especially following the Civil War. However, it attempted to rectify this by hosting the Centennial International Exposition in 1876 and constructing several significant buildings, including the City Hall, which was completed at the turn of the 20th century. The Great Depression of the 1920s and 1930s hit the city hard. By the end of WWII, housing shortages, infrastructure issues and fleeing industries plagued the city.

The government of the late 20th century was able to attract more investment, and tourism became a significant factor for Philadelphia's growing economy.

The City Center district received significant makeovers, while an upswing in the resident hotel industry was experienced in the late 1990s. Philadelphia is now one of the most important cities for domestic tourism in the United States.