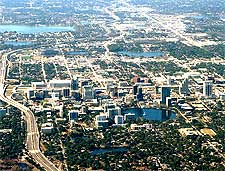 Occasional musket bullets or arrowheads unearthed during downtown construction projects are among the few remnants that show the history of Orlando's earliest residents, most of whom belonged to the Creek tribe of American Indians.

Orlando's oldest surviving structures are the ruins of the fort after which the Fort Gatlin Recreational Park is named.

The first European settlers came to central Florida in the middle of the Second Seminole War in 1836. The Orlando community was originally named for Aaron Jernigan, its first permanent resident, but the name was later changed to Orlando in 1857.

The community's new name probably came from either a Seminole soldier who was killed during the Second Seminole War (1835 to 1842), or the character from the William Shakespeare play 'As You Like It'. Landmarks supporting both versions are found along Rosalind Avenue, named after the As You Like It heroine, and a memorial marks the spot where the Seminole soldier fell next to Lake Eola. 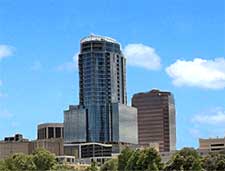 The first population explosion in Orlando's history happened during the post American Civil War reconstruction era. This marked the beginning of two thriving decades for the town as the center of central Florida's citrus industry, which ended abruptly with an 1895 winter freeze. Orlando then reinvented itself as a popular resort destination during the 1898 Spanish-American War, and its population increased further during Florida's 1920s land boom. A series of hurricanes, followed by the Great Depression, ended those boom years. 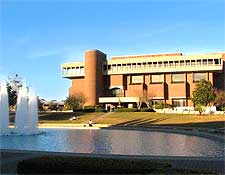 The city's fortunes increased once again when both the Pinecastle Army Air Field and the Orlando Army Air Base hosted numerous WWII US Army personnel, many of whom settled in the community and worked within its aerospace and defense companies after the war.

In 1965, a most significant year in modern history, Walt Disney chose Orlando over Tampa and Miami as the location for his upcoming Walt Disney World theme park. because this inland location provided the park with greater protection from hurricanes. After the Walt Disney World opened in 1971, it became the world's largest theme park. The Greater Orlando region now boasts more entertainment and theme parks than any place else on the planet. 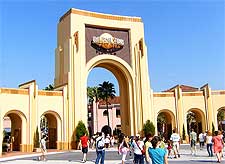 Walt Disney World and the countless other theme parks situated along International Drive are now the main attractions for most of the 50 million visitors Orlando welcomes each year. However, many far older buildings still stand in Old Orlando's historic core, between the Garland and Orange avenues.

After partying along Orange Avenue at night, when the busy strip is closed to motorized vehicles, visitors can relax by the light of the fountain in the middle of Lake Eola. This fountain and its neighboring historic outdoor shell theater are two of Orlando's most famous landmarks.