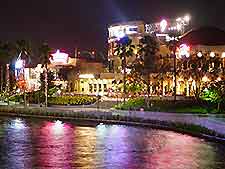 Florida is certainly a great state where you can really be who you want to be, without fear of prejudice and intolerance. The gay scene in Florida is particularly enticing in the open-minded and very friendly city of Orlando, where its annual summer pride event draws thousands each year.

Orlando has become a favourite haunt of gay and lesbian holiday makers and this Disney city comes with a choice of LGBT-friendly bars and clubs. The well-known Parliament House complex, situated on the North Orange Blossom Trail, offers a wide choice of entertainment for visitors including bars, dancing and enjoyable drag shows.

Further tempting nightspots in the city can be found along roads such as Edgewater Drive, Orange Avenue, South Bumby Avenue, the South Orange Blossom Trail, Wall Street, West Amelia Street, West Sand Lake Road and Wilshire Drive. Always popular is the Pulse dance club on South Orange Avenue, along with the Stonewall Bar on West Church Street and Club 369 on North Orange Avenue, which sits across from the Bank of America building and opens at 22:30 on Friday nights, finally closing at 02:30 on Saturday mornings.

Within the suburbs are a series of further gay bars and nightclubs, being situated within neighboring Cocoa (Brevard Avenue), Debary (US Highway 17-92), Melbourne (West New Haven Avenue) and Winter Park (Aloma Avenue), amongst others. 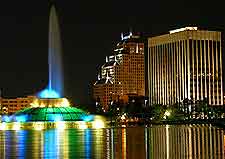 Now attracting over 150,000 visitors, Gay Day Orlando is a true LGBT extravaganza and first took place at the beginning of the 1990s, attracting some 3,000 attendees.

This pride festival is held in and around Walt Disney World, although it is not an official Disney event as such. Orlando Gay Days takes place during the first week of June and comprises a number of conventions, pool parties and live music, with past performers including the likes of Elton John. Many of the events are staged at the local Doubletree by Hilton at SeaWorld Hotel on International Drive, which serves as an official host and towers high above the proceedings, with its 17 floors.