Getting Around, Orlando Travel, Transport and Car Rental 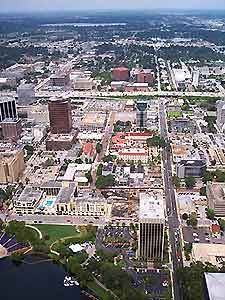 Getting around Florida is a relatively stress free experience on account of its solid transport system. Modes of travel and transport in Orlando are perhaps more limited than in other US cities; however, this is not of consequence since those that are available cover all possible travel options. Private taxis and shuttles in Orlando are always on-hand, while major hotels run their own bus connections with the airports. The government-run Lynx bus services operate throughout Orlando and Central Florida offering cheap, convenient travel and transport options for visitors and locals alike.

As Florida's busiest airport, Orlando International sees upwards of 30 million domestic passengers each year. Located 7 miles / 11 km east of central Orlando, the airport is perfectly positioned for serving the massive tourist influx that the city experiences almost all year round.


The five terminals are more than capable of handling the airport's passengers, of which 75 percent are domestic. Buses, taxis and shuttle vans are all available to transport visitors from the airport to a range of Orlando destinations. For further information, please refer to the Orlando Airport page. 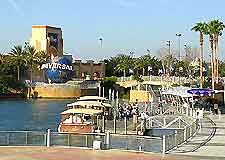 Many international and domestic visitors to the city of Orlando arrive on what is commonly known as 'Fly-Drive' packages, because it is widely accepted that a vehicle is something of a necessity if you are to really make the most of all of Orlando's attractions. The Interstates are a little crazy and bumper to bumper driving is not uncommon, although around the town conditions are a good deal more relaxed and driving is a relatively stress free experience. Parking in the tourist areas is generally not a problem as most attractions have vast car parks. Renting a car can be an economical way to travel around the Orlando area, with some firms offering discounts for rentals of three days and more, particularly when booked on the Internet.

The Central Florida Regional Transportation Authority (Lynx) operates buses running from the airport and throughout the town, while a number of private companies run services that travel in and around the popular tourist areas. The I-RIDE Trolley company offers exclusive, convenient and affordable transportation to hundreds of exciting destinations within the International Drive Resort Area, while the ubiquitous Greyhound bus company offers services from Orlando to major US destinations.

There is no cross town rail service in Orlando; however, Amtrak operates travel services from various external destinations to its own Orlando station, as well as offering connecting shuttles to Orlando-area hotels and attractions.

Orlando has no public tram services; although, some of the parks run trams within their own grounds.

Orlando has an extensive number of taxi services available that can be utilized for short or long distance trips. However, unlike many other US cities, flagging taxis down from the curbside is not usual practice in Orlando and visitors are advised to book taxis by telephone ahead of travel requirements.