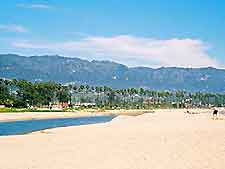 Aside from Santa Barbara's natural beauty, the city itself hosts a variety of tourist attractions that are of historical and cultural interest.

Early Spanish influence is evident in many buildings, most notably the County Courthouse and El Presidio State Historic Park.

Santa Barbara's State Street and Stearns Wharf provide a glimpse of local happenings and tourist attractions, while the winery and museum offer a taste of the sophisticated side of Santa Barbara. Situated between the mountains and the ocean, Santa Barbara is an attractive and fascinating destination for both American and international tourists.

Address: 202 Anacapa Street, Santa Barbara, California CA, 93101-1806, USA
Tel: +1 805 963 3646
Located in downtown Santa Barbara, this winery produces all white varieties for the various local labels, the most notable blends including Chardonnay, Pinot Noir and Syrah (a new red variety in the region). The mild climate and ocean breeze assist in creating a unique blend of grapes, as well as beautiful surroundings for the tasting room just two blocks from the beach and State Street. Attractions include guided tours of the distillery and barrel room, providing a sampling of the year's best assortments.
Open hours: daily - 10:00 to 17:00
Admission: charge 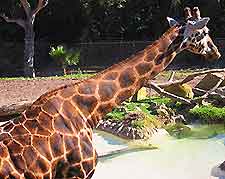 Address: 500 Ninos Drive, Santa Barbara, California CA, 93103, USA
Tel: +1 805 962 6310
The Santa Barbara Zoological Gardens are known to be one of America's best small zoos with over 600 animals including giraffes, gibbons, sea lions, exotic birds and elephants. Situated next to the ocean, the views are fantastic and the changing exhibits make this a frequently visited destination.
Open hours: daily - 10:00 to 17:00
Admission: charge, discounts for children and seniors; children under two free 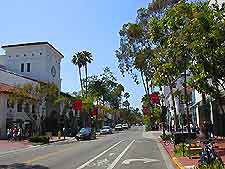 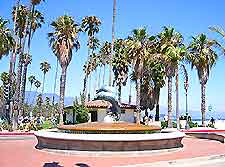