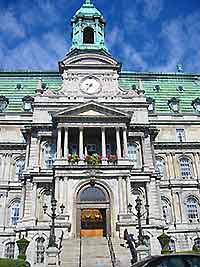 Montreal is home to numerous landmarks and monuments, including a number of striking modern buildings with impressive architecture, many of which have become part of Montreal's attractive skyline. One of the main landmarks in Montreal is without doubt the Olympic Stadium, also known as the Stade Olympique, which can seat up to 80,000 spectators.

The Montreal Biosphere, an enormous dome structure, is another breathtaking landmark, often confused with the city's popular Biodome attraction. For more historical landmarks, be sure to visit the imposing 19th-century Christ Church Cathedral and Old Montreal's City Hall.

Address: 275 Notre Dame Street East, Montreal, Quebec (QC), H2Y 1C6, Canada
Tel: +1 514 872 3101
Montreal City Hall is an imposing building, built in the 1870s. One of the city's most famous landmarks, the City Hall is located in the Old Montreal district and features a number of notable attractions, such as the marble Hall of Honor, which is home to many important portraits of the city's mayors.
Open hours: Monday to Friday - 08:30 to 16:30
Admission: free 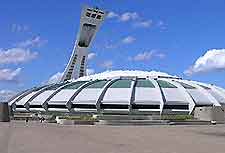 Address: 4141 Pierre-De Coubertin Avenue, Montreal, Quebec (QC), H1V 3N7, Canada
Tel: +1 514 252 4141
Part of the Olympic Village, which was built in the 1970s for Montreal's 1976 Olympic Games, the Olympic Park is situated in Parc Maisonneuve, on the eastern side of the city. One of the park's main attractions is its vast stadium, known as the Stade Olympique, which has a capacity of 80,000 and is often referred to as 'The Big Owe'. Montreal's Olympic Park also incorporates the Biodome, the Insectarium, the Botanical Gardens, an observatory and popular cable car rides, amongst other attractions.
Open hours: daily
Admission: charge for attractions 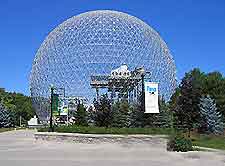 Address: 60 Tour de l'Ile Road, Montreal, Quebec (QC), H3C 4G8, Canada
Tel: +1 514 283 5000
The Montreal Biosphere is a striking attraction, instantly recognizable by its imposing globe-like structure. Built for the 1967 Montreal Expo, the sphere is the biggest geodesic dome in the world and is divided into different areas of discovery. These attractions include the 'Source of Life' exhibition about water, the Connections Hall, with regular multimedia shows, and the Visions Hall, offering spectacular panoramic views of the city.
Open hours: Monday, Wednesday to Friday: 12:00 to 17:00, Saturday and Sunday - 10:00 to 17:00, extended hours during summer
Admission: charge, discounts for students, seniors, children and families, children under five free 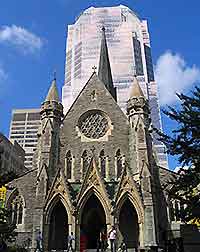