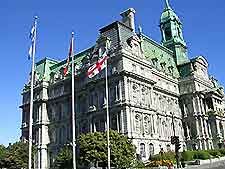 The history of Montreal is perhaps not as impressive as one would think, with the city being one of Canada's main centers, and a unique one at that.

Hailing from an Indian settlement and involved in the fur trade, this one-time base for French exploration has been heavily influenced not only by France, but by Britain and the US, and has staged both the World's Fair and the Olympic Games.

As with much of the rest of Canada, the Native Indians - the Huron, the Algonquin and the Iroquois tribes, settled the island way before Jacques Cartier, a French explorer, made an appearance in the 16th century. He happened upon the village of Hochelega, as did another French explorer, Samuel de Champlain, seven decades later. La Place Royale was laid out in 1611 and later a Catholic church was built.


In the early years, Montreal became a noted fur-producing center and the town was renamed Ville Marie, which remains the name of one of modern-day Montreal's central boroughs. The Iroquois became upset and fought to retain land and traditions, although a peace treaty was signed in 1701. The British arrived on the scene and took control of proceedings in 1760, allowing the French to live under the Empire. The most historic buildings from this time are in Old Montreal, many of which now house museums.

Montreal officially became a city in 1832, after which time it grew rapidly. The Lachine Canal opened, allowing trade ships to avoid the treacherous Lachine Rapids. The city was elevated in status even further when it became the capital of United Province (1844 to 1849), an event which saw the arrival of masses of English-speaking immigrants. This emigration diluted the majority French-speaking community and helped Montreal to become the largest city of British North America.

Many Americans arrived in the city post-WWI, at least temporarily, to evade the prohibition of alcohol at home. This injected some much-needed funds into the city, which suffered from heavy unemployment during the Great Depression. As a result, parts of Montreal became somewhat seedy, although one of its most striking buildings, the Rialto Theater on Avenue du Parc, was erected at this time. The theater went unused for many years, but has now been revitalized as a center for the performing arts, and today hosts regular plays, concerts, movies and tours. 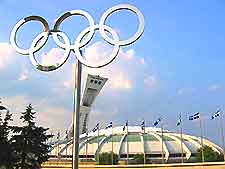 WWII came and went without much fuss for Montreal, while the 1950s saw the population reach a milestone of a million residents, the expansion of the harbor and the opening of the Saint Lawrence Seaway. The 1960s experienced further development, with the building of a metro system and many urban parks for the 1967 World's Fair, which attracted millions. The site of the fair now hosts the Biosphere. Complete with a funky stadium, the Olympic Games came to Montreal in 1976, really putting the city on the world stage.

Since the downturn of the 1980s and the 1990s, Montreal history has enjoyed a revival, both culturally as well as economically. New skyscrapers and hospitals have gone up, along with the extension of metro lines and the updating of the airport. Many merged communities have been de-merged, much to the delight of affected locals.