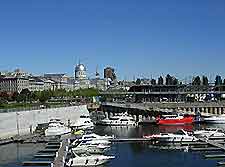 Many of Montreal's top tourist attractions and landmarks were created for both the 1967 Exposition and the 1976 Olympic Games, such as the Montreal Biodome, Insectarium and Olympic Stadium. Ranging from sports stadiums to amusement parks, Montreal has plenty of tourist attractions on offer, for all ages.

Not to be missed are the Montreal Harbor Cruises, which provide a particularly popular and scenic way to explore the area.

Also, the nearby islands in the St. Lawrence River are worth a look, including the Ile Notre Dame and the Ile Sainte Helene, which is home to Montreal's La Ronde Six Flags amusement park, amongst other attractions. 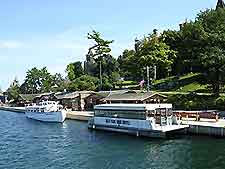 Address: Clock Tower Pier, Montreal, Quebec (QC), H2Y 3J6, Canada
Tel: +1 514 842 3871
Montreal Harbor Cruises can be one of the highlights when you visit the city, with the main 'Island Discovery Cruise' lasting approximately two hours. Day cruises around Sorel Island and along the St. Lawrence River are available, while evening dinner cruises are equally enticing, providing a popular way to end the day.
Open hours: May to October - daily at 12:00, 14:30 and 19:00
Admission: charge 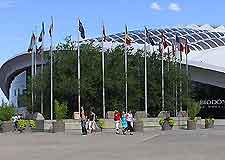 Address: 4777 Avenue Pierre de Coubertin, Montreal, Quebec (QC), H1V 1B3, Canada
Tel: +1 514 868 3000
The Montreal Biodome is located in the former Velodrome cycling stadium, which is part of the city's vast Olympic complex. Housing four separate ecosystems, more than 4,000 different animals and over 5,000 specimen plants, the Biodome has become one of the most popular attractions in this part of Montreal. Highlights include the rain forest region, the polar area and the ocean habitat.
Open hours: daily - 09:00 to 17:00
Admission: charge. discounts for children and students 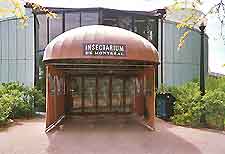 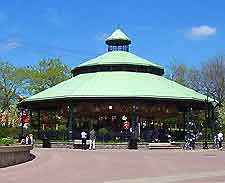 Address: 22, Chemin Macdonald, Montreal, Quebec (QC), H3C 6A3, Canada
Tel: +1 514 397 2000
La Ronde is a major amusement park, located in the nearby Montreal Islands area on the northern side of the Ile Sainte Helene, on the St. Lawrence River. Originally constructed for the 1967 Expo, popular attractions at La Ronde include more than 30 rides, a huge Ferris Wheel, fast roller coasters offering superb views across Montreal, and the SAQ Mondial Fireworks event, held each summer. La Ronde is part of the well-known Six Flags theme park group and offers good facilities, such as restaurants, cafés and shops.
Open hours: May to October, seasonal variations
Admission: charge, discounts available for children, children under three free

Address: 1260 de la Gauchetière Street West, Montreal, Quebec (QC), H3B 5E8, Canada
Tel: +1 514 932 3720
Located in the downtown district of Montreal, the Bell Center is a modern sports stadium, home to the Canadiens hockey club. With seating for over 20,000 people, the Bell Center is home to many of the city's largest events, including concerts, exhibitions and popular hockey matches. Guided tours of the center are available in both English and French.
Open hours: Monday to Wednesday - 09:30 to 18:00, Thursday and Friday - 09:30 to 1:30, Saturday and Sunday - 09:30 to 17:00
Admission: charge for events