Winnipeg Weather, When to Go and Climate Information 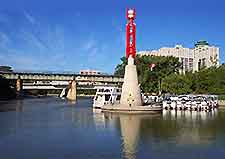 With extreme variations of climate and weather throughout the year, Winnipeg's summers are typically hot, while the winter months are particularly cold. Despite the harsh winters, Winnipeg is known for its year-round sunny weather.

Spring weather in Winnipeg arrives quickly and temperatures begin to rise dramatically. This is an exciting time of the year, when the fine weather signals the end of the winter. The weather and climate in Winnipeg begins to noticeably improve at the end of March, when average daytime temperatures start to exceed freezing. By April, temperatures begin peaking at more than 10°C / 50°F, although occasional snowy weather in not uncommon at this time of the year. Spring is a particularly short season, for no sooner has it begun than the warm, sunny summer weather arrives. 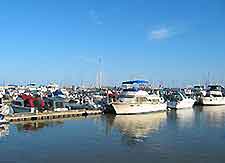 With hot weather and day long sunshine, locals in Winnipeg quickly celebrate the summer months with numerous seasonal outdoor activities. Many people choose to visit Winnipeg during the summer, when the city hosts some of its most popular outdoor festivals, events and concerts. Temperatures are hottest between July and August, when they often peak at more than 30°C / 86°F, or higher. June and September are also warm with plenty of fine weather and average daytime temperatures regularly exceed 20°C / 68°F.

By October, the weather and climate in Winnipeg starts to cool down quickly, with average temperatures hovering around 12°C / 54°F. Fall is an attractive time of the year, featuring many clear, sunny days and colorful autumnal shades.

One of the world's coldest cities during the winter months, Winnipeg makes up for this chilly weather by offering a selection of winter sports and activities. Many of Winnipeg's large parklands are transformed in the winter and offer ice skating, fast toboggan runs and even cross-country skiing. Temperatures generally remain below freezing from December through February, with average daytime temperatures of less than -10°C / 50°F in January.

Regular snowfalls can be expected throughout the winter months in Winnipeg and January features the heaviest snowy weather, with an average of more than 12 days of snow. December and February also feature their fair share of snowy weather and you can be virtually guaranteed of a white Christmas in Winnipeg.

The average annual rainfall / precipitation in Winnipeg is around 51 cm / 20 inches, and the city's average snowfall is more than 115 cm / 45 inches.